We're about to have some political accountability delivered to the party holding the White House and strangling the Senate. Maybe a ton of accountability for the incompetence and malfeasance that allowed the coronavirus pandemic to kill 200K (and still climbing).
Here's the list of vulnerable, incumbent Republican senators who could, according to polling and the surge of new voters who haven't always voted in the past, lose their seats on November 3rd. All of their losing would constitute a Democratic blow-out and give the Dems at least a 57-43 advantage.
They're listed here in the order of their vulnerability:

Arizona -- Incumbent Republican Sen. Martha McSally is well behind her Democratic rival, Mark Kelly, whom we headlined here back in July of this year. Cook's moved the race to "Lean Democrat." 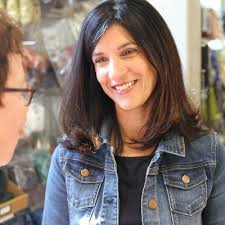 Colorado -- Incumbent Republican Sen. Cory Gardner felt the earth move (not in a good way) when Cook moved this race to "Lean Democrat." The Democrat in question, former Governor John Hickenlooper, seems to have this sewn up. (We profiled him back in January of 2019.)

Maine -- Incumbent Republican Sen. Susan Collins has been pretty consistently trailing her Democratic rival Sara Gideon (pictured on the right). (We profiled her back before she won the Democratic primary.) Cook's rates the race a "Toss Up."

North Carolina -- Incumbent Republican Sen. Thom Tillis has been in a polling hole all year, with Democrat Cal Cunningham coming on strong and raising big money. We've profiled Cunningham many times, going back to late November 2018; June of 2019; September 2019 ("The Danger of Democratic McCreadyism"); and June 2020. Then came the trysting texts with a woman not his wife indicating a lapse of judgment. So who the hell knows where this race stands at the moment? Prior to the texting scandal, Cook's rated the race a "Toss Up."

Montana -- Republican incumbent Sen. Steve Daines is up against Democratic Governor Steve Bullock (really up against it!) in a race that moved to "Toss Up" as soon as Bullock declared his candidacy (on the last filing day). I haven't profiled Bullock at all, but he's a "moderate."

Iowa -- Incumbent Republican Sen. Joni Ernst woke up one morning and discovered that she's in real peril from the surging campaign of Democrat Theresa Greenfield (whom we profiled first in August 2019 because of her excellent introductory video; then a second time this past June). Cook's rates it "Toss Up."

Georgia -- Surprisingly, incumbent Republican Sen. David "Sonny" Perdue has also found himself in a "Toss Up" with Democrat Jon Ossoff, in whom I have little faith after he lost the special election for a Georgia US House seat in 2017. Ossoff sometimes comes off like a candidate created in a laboratory.

Georgia -- Georgia has the unique distinction of being primed to replace both of their incumbent Republican senators. This second race is really a "jungle primary" to replace the retired Johnny Isakson. The run-off between the two top finishers on November 3rd will take place on January 5, 2021. Incumbent Republican Sen. Kelly Loeffler (appointed by the governor to fill out Isakson's term) has both a strong Republican rival in Congressman Doug Collins and a credible Democratic challenger in Rev. Raphael Warnock, whom we profiled on August 20th. Almost unbelieveably (it's freakin' Georgia, y'all!), Warnock has been leading both Republicans in some polling. Cook's rates the race "Lean Republican," though we're willing to believe in miracles.

South Carolina -- Incumbent Republican Sen. Lindsey O. Graham is having his own fright-night, threatened by another black candidate, Democrat Jaime Harrison (whom we profiled here). Cook moved the race from "Of Course Lindsey Graham Will Win Reelection" to "Lean Republican," to show just how squishy Graham's support has become. He won't be missed.

Kansas -- It's an open seat following the retirement of Republican Sen. Pat Roberts. Democrat Barbara Bollier (who was a registered Republican until December 2018) is facing Republican Roger Marshall. Looks like the polling has veered all over the place, so who knows? Cook's rates it "Lean Republican." But there have been signs (the flipping of CD 3 by Democrat Sharice Davids in 2018) that previously set-in-Republican-concrete Kansas is loosening up.

Alaska -- Incumbent Republican Sen. Dan Sullivan is being challenged not by a Democrat but by an independent, orthopedic surgeon Al Gross, who'd likely caucus with the Democrats. The most recent polling I've seen has Sullivan at 46% and Gross at 45%, and Alaska has past history of electing independents over nominal Republicans (Lisa Murkowski). Cook's still has the race at "Likely Republican."

Texas -- Incumbent Republican Sen. John Cornyn was once upon a time considered pretty vulnerable to a strong Democratic candidate in a watershed year like 2020 is likely to be, but is Democratic challenger M.J. Hegar that candidate? Dunno. I loved her fighting spirit when she ran for the US House against an entrenched Republican incumbent in 2018, but she went through a debilitating Democratic primary to cement her spot in this fight, and I'm hearing a lot of poor-mouthing from friends in Texas. Cook's rates it "Likely Republican," which seems about right.

Mississippi -- Incumbent Republican Cindy Hyde-Smith suddenly has a race on her hands from Democrat Mike Espy, who has surged in recent polling to 40% to Hyde-Smith's 41% (still a lot of undecideds). Espy was formerly Mississippi's first black congressman since Reconstruction and Secretary of Agriculture under President Bill Clinton. He is currently and since 2008 an attorney with the mega-firm Morgan and Morgan in Jackson, Miss., and also runs his own consulting firm specializing in governmental relations, rural development, food and nutrition, and international agricultural development issues. Cook's is not sanguine about Espy's chances; they rate it "Solid Republican." But would it not be something beyond imagining if Black Democrats in Georgia (Warnock), South Carolina (Harrison), and Mississippi (Espy) took out Republican incumbents in a truly massive Blue Wave?

Below: Mike Espy in Mississippi. Does he really have a shot at taking out an incumbent Republican senator: 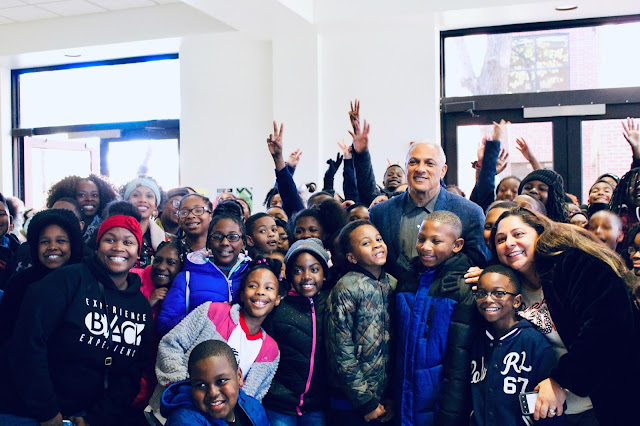 Cunningham's texts and Tillis's COVID diagnosis, coming around the same time, probably will cancel each other out on the impact on the race.