We Doubt Billy Graham's Extended Family Gets Together for Thanksgiving 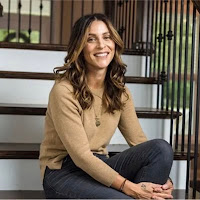 Jerushah Duford, the granddaughter of Billy Graham and the niece of Franklin Graham, has come out strong for Joe Biden. In fact, her outspokenness, she explained, has been prompted by Uncle Franklin's slavish Trump-enabling.

The first sign of her split with Franklin actually came in late August in an op-ed she wrote for USA Today: “I have spent my entire life in the church, with every big decision guided by my faith. But now, I feel homeless. Like so many others, I feel disoriented as I watch the church I have always served turn their eyes away from everything it teaches .... Jesus said repeatedly to defend the poor and show kindness and compassion to those in need. Our president continues to perpetuate an us-versus-them narrative, yet almost all of our church leaders say nothing.”

Duford told Newsweek that Uncle Franklin's cheerleading for Trump “was a large reason for my speaking out.”

Just two days ago Duford was one of some 1,600 "faith leaders" who signed a letter endorsing Joe Biden for president. “Four years ago, many religious voters decided to look the other way and give Trump a chance, but after witnessing his cruelty and corruption, a growing number of them are turning away from the president,” said Doug Pagitt, executive director of the Christian campaign organization Vote Common Good, which compiled the endorsements.

Footnote: Jerushah is, of course, an Old Testament name. She was the daughter of a high priest in the reign of King David, married King Uzziah, and gave birth to King Jotham. I wouldn't mess with her, if I were you.

Posted by J.W. Williamson at 10/11/2020 09:20:00 AM
Email ThisBlogThis!Share to TwitterShare to FacebookShare to Pinterest
Labels: Franklin Graham, Jerushah Duford, religion and politics

Okay, fair enough. But, I'm not sure why being the niece of a lobbyist qualifies her as a "faith leader," anymore than being the niece of, say, Karl Rove would. I guess such is the way of things in the current cult of "religious celebrity" and "celebrity" in general.