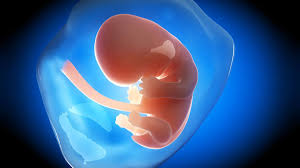 The ironies for self-described pro-life conservatives Trumpists just continue to pile up:

...the treatment for Covid-19 received by Mr. Trump — a cocktail of monoclonal antibodies he described as a “cure” in a celebratory video posted on Twitter — was developed using human cells derived from a fetus aborted decades ago." [New York Times]

The Trump administration suspended federal funding in 2019 for most new scientific research projects involving fetal tissue derived from abortions. But now Trump is promising aborted fetal tissue free to all "seniors" who catch the noval coronavirus. “To my favorite people in the world, the seniors,” he said in a video. “I’m a senior. I know you don’t know that. Nobody knows that. Maybe you don’t have to tell them. But I’m a senior.” (Not making this up. How could any fabulist make up such narcissistic blather?)