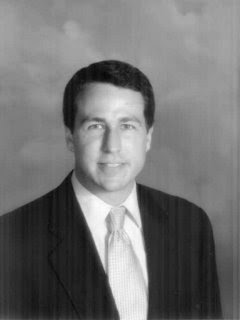 We've been hearing his name come up RE a potential Democratic candidate to challenge Dick Burr's reelection.

Today, Cunningham gets a nod from former state Democratic Party Chair Jerry Meek, in Roll Call. "He's got an excellent profile in terms of his biography," Meek said. "He's perceived as being a little bit more liberal than, say, Mike McIntyre and Heath Shuler."

O-kaaay. You have our attention.

Thumbnail biography: Cunningham's a lawyer and former state senator who served in the Iraq War and is currently part of the Army Reserve Judge Advocate General Corps.

Longer take: "From 2007 to 2008, he was on active duty in Iraq, where he worked as a military prosecutor as part of a team that prosecuted U.S. Department of Defense contractors on such charges as assault and illegal gun shipments. He was awarded the Bronze Star for his work in Iraq and in 2009 received the Gen. Douglas MacArthur award for leadership. While still in law school, he campaigned for the state senate, winning an open seat in November of 2000. He served on all three Senate committees on education and as vice chairman of the Senate judiciary committee. After redistricting in 2002, Cunningham declined to run for re-election after he found himself in a mostly Republican district. In 2004, he joined the Winston-Salem office of 'white-shoe law firm' Kilpatrick Stockton, handling commercial litigation."

"White-shoe law firm"? ... Wikipedia sez it's "a phrase used to describe the leading professional services firms in America, particularly firms that have been in existence for more than a century and represent Fortune 500 companies."

Cal Cunningham ... a potential rising star in North Carolina, with a striking personal resume. We're all ears: "I'm having conversations with friends and fellow Democrats," Cunningham said on Wednesday. "We're taking a very close and very serious look at this race."

All of this above set off by "Under the Dome."
Posted by J.W. Williamson at 6/04/2009 01:09:00 PM
Email ThisBlogThis!Share to TwitterShare to FacebookShare to Pinterest
Labels: Cal Cunningham, Heath Shuler, Jerry Meek, Mike McIntyre, Richard Burr