The Leaning Tower of Tillis and the Danger of Democratic McCreadyism 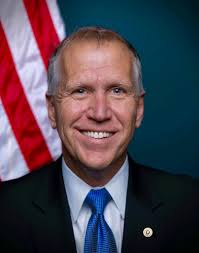 The article includes a mention of Cal Cunningham as the Democratic frontrunner. Cunningham has gone after Tillis's record on Twitter, specifically his votes on taking Obamacare away from millions, gutting education funding, defunding Planned Parenthood, and giving the wealthiest Americans a massive tax cut. He's also been hitting Tillis on Trump's unchallenged $80 million raid on the NC military budget. Do those brief attacks represent a platform? I don't see Cunningham's political philosophy/perspectives on the burning issues of the day. Don't see those anywhere I search.

I sense a certain McCreadyism in Cunningham's unwillingness to embrace progressive issues, and that worries me. Dan McCready in the NC-9 special election a few days ago resolutely eschewed coming out strongly for the issues that most motivate progressive voters. He rather played a Rorschach ink blot Democrat: You were free to read into his pleasant smile and doe eyes whatever policy positions you wished to believe that he believed in, and just go vote, dammit. There was no real policy content there to inspire confidence and spark enthusiasm. And how did that work for McCready? 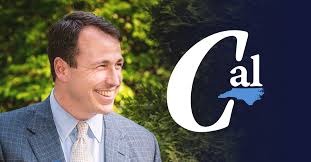 Judging from Cal Cunningham's website, I'm afraid he's headed down the same strategic path: Be as vague as possible on key issues and hope your pleasing personality will be enough. I don't think it's enough. Not enough for young voters, of which North Carolina is amply supplied, and not enough for old policy warriors like me.

I want Cunningham to win. I want him to sharpen his message and stand up strong. It'll help him raise money, if nothing else.