I have a bet on the outcome in Texas, and serendipitously I hear from my oldest friend in Texas with some on-the-ground analysis: 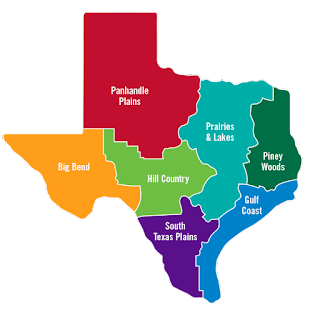 This election has rendered me manic-depressive. My emotions range from euphoria to depression.
Today's polls suggest NC looks better than Texas. CNN's "poll of polls" has Biden +3 in NC. Texas polls are all over the place: from Trump +1 to Biden +4. I don't know that I can offer you much comfort about Texas. At least it's trending during the past year from Republican to leaning Republican to a toss-up.
There is good news. 1.9 million new people registered in Texas since 2016. Much of that driven by grassroots registration and get out the vote drives. Beto has led the most successful recruiting with thousands of people, mostly young, to calling and texting and lately knocking on doors. My son hosted a webinar this Tuesday with Beto to talk about gerrymandering which became mainly about his efforts to flip the Texas House to control redistricting next year. He was pleased with the efforts of his army, but mentioned how much better they could have done if the Biden campaign had taken Texas seriously. Bloomberg is pumping in millions and Harris tomorrow will campaign in the Rio Grande Valley, Ft Worth, and Houston.
Texas is 40% Latino and 2/3 voted Dem in 2016. One million Latinos turned 18 this year in the U.S. A large chunk in Texas. That group was one of Beto's targets. And the young Latinos are more liberal than their more conservative parents and grandparents. The best way to be a successful state Dem candidate in the valley is to be anti-abortion. Strong Catholic hold on the older Latinos.
One million early voters in Texas are below 30 years old. In Houston, the young city officials are holding the polls open from 7am today until 7 pm Friday, the last day of voting. Yeah, 36 hours, through Thursday night without closing. Beto and the Dem campaign officials keep saying Texas is not a red state but a non-voting state. With enough voters who hadn't voted before, Texas is blue. Also, the concern about Biden's comments in the last debate about "transitioning" from fossil fuels is not as big a big deal in Texas as the Republicans hoped. Texas is not just an oil state anymore. Being a state without a state income tax, we attract all kinds of businesses and have become a leading state with technology centers as well as now big in windmill energy (you know about west Texas wind) and solar farms.
Here's an interesting polling projection I read this morning: If all the electoral votes go to the candidate in each state who leads in the polling by 3% or more, Biden wins with 326 votes. And if the state polls are as wrong this year as in 2016, Biden wins by 335. I didn't believe that last number until I saw that there were more states where polls underestimated the Dem vote than overestimated the Dem vote.
As you can see, I'm not only manic-depressive, but also obsessed with this election. Counting the days.
Posted by J.W. Williamson at 10/30/2020 08:30:00 AM
Email ThisBlogThis!Share to TwitterShare to FacebookShare to Pinterest
Labels: Donald Trump, Joe Biden, Texas