Let's count our chickens before they're hatched. Because that's never unlucky.
The people I read and pay attention to consider NC Senate districts 18 and 39 lead-pipe cinches for flipping to Democrat.
Dist. 39 (southern Mecklenburg)

Open because ... former incumbent Republican Dan Bishop was elected to Congress to represent the 9th CD. Then Republican Rob Bryan, appointed to serve out Bishop's term in Senate, was subsequently mapped out of Dist. 39 by the last court-ordered redistricting. 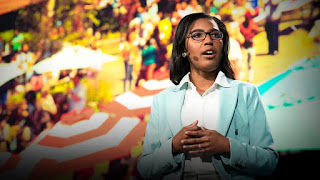 Salvador is a 29-year-old millennial (born 1990) without political experience but with demonstrated commitment to community-building. She graduated from UNC-Charlotte (econ and anthro), studied energy and environmental design with the U.S. Green Building Council, and founded the Renewable Energy Transition Initiative (RETI) to help educate low-income households to cope with high energy costs. She did a TED talk about that effort in 2018 which was perhaps stronger on inspiration than on science.

Profiled on WataugaWatch before the primary. I complained at the time that her web presence was de minimis, but now she has all the campaign bells 'n' whistles.

Her Republican opponent, Josh Niday. is 26, born in 1993. Niday previously ran for the NC House in 2018 in District 99, getting just over 17% of the vote against Democrat Nasif Majeed. He graduated from UNC-Charlotte in 2016 with a degree in poly sci. 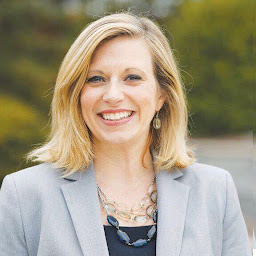 Crawford is not a political neophyte. She ran against Republican incumbent Chad Barefoot in 2014 in what was then Senate District 18, and she carried 47.1% of the vote -- a very respectable showing -- finishing 3,785 votes behind Barefoot out of 65,507 votes cast. (In 2018, Barefoot voluntarily stepped down and allowed his "double-bunkee" John Alexander to take the seat. Alexander had been serving in the Senate since 2014, representing Senate District 15. He got remapped out of 15 and into 18. Redrawing maps to screw with people seems to happen a lot to this North Raleigh and Franklin County district.

Her Republican opponent, Larry Norman, a Louisburg lawyer, waited until the last minute to file, which forced a primary, which Norman narrowly won.