Art Pope Will Be Appointed to the UNC BOG Today 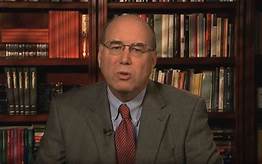 What? The University of North Carolina governing board wasn't already partisan enough?
The Republican boss of the NC Senate -- Phil Berger -- is putting Art Pope on the Board of Governors today, as is his goddamn right, because the Republicans in the General Assembly passed the law that gave them the right to appoint every goddamn member of the UNC Board of Governors.
Pope owns a chain of low-end retail stores, which funds his multifarious political activities. He is a founding member of Americans for Prosperity and was a major donor/operative for the 2010 Republican takeover of the General Assembly. That takeover allowed Pope to be "in the room — literally — when dark money-funded groups worked behind the scenes with Republican state legislators and operatives to draw up the redistricting maps which led to the party’s sweep of state and federal legislative races...." Pope became the state budget director under former Gov. Pat McCrory, a man easy to manipulate.
Rob Schofield sticks a pin in what is known about Art Pope's policy "vision": "...when it comes to higher education, North Carolinians should have no doubt what that “vision” entails. For years now, people funded with Pope contributions at the James G. Martin Center for Academic Renewal (formerly the Pope Center for Higher Education) have churned out a torrent of hard right propaganda — relentlessly attacking supposed left-wing biases in American colleges and universities, calling for less public spending on higher education, arguing that too many young people attend college in the first place, lamenting the supposed suppression of conservative voices, and, well, you get the picture."
Posted by J.W. Williamson at 6/25/2020 08:27:00 AM
Email ThisBlogThis!Share to TwitterShare to FacebookShare to Pinterest
Labels: Art Pope, Phil Berger, University of North Carolina

"...arguing that too many young people attend college in the first place..."

Let's be honest here: what they're really arguing is that too many young non-white people attend college. Every policy proposal coming from the Pope propaganda machine is about making college unaffordable and unattainable for anyone except a rich white elite that they can groom as right-wing political and business leaders.

When you hear media hosting and promoting the John Locke Foundation (often John Hood) you should aways remember that's right wing crank Art Pope's amplifier. John Locke lived in England 1632 to 1704. The foundation was founded in 1990 in North Carolina.
If you want to see a vision of the world John Locke Foundation advocates just walk through any Roses Store and see the chaos of crap they offer.

My stepson will graduate HS next fall, and was planning to attend one of the NC state universities. That a fanatical troglodyte like Pope will have powerful input into shaping that once-great system is deeply depressing and disturbing.

A cold day in hell has arrived. Art Pope and UNC BOG, may as well appoint Jesse in absentia. Our poor children's education and state. The future is dark.

Damn the republicans, full steam ahead.