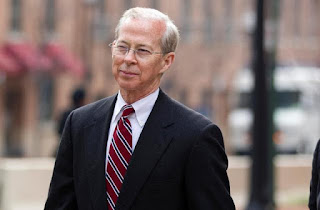 Boente has been under fire for his role in the investigation of Michael Flynn, whose criminal charge for lying to the FBI was recently dropped by the Justice Department based in part on the argument that his lies were not material to an underlying investigation. Boente signed one of the warrants renewing the FBI’s authority to surveil Flynn. The warrants, known as FISA warrants, were renewed several times and had to be approved by a judge.

Wray formally asked for Boente’s resignation, but the decision to end his tenure at the FBI came from Attorney General William Barr’s Justice Department, which oversees the FBI, according to two sources.