The redrawn 8th Congressional District still looks gloomy, on the face of it. Made up principally of conservative rural counties of Stanley and Montgomery and large parts of Moore (yikes!), Lee, and Harnett, but bookended (here's the good news) in the west by more suburban Cabarrus and the city of Concord and in the east by Cumberland County and the city of Fayetteville, a Democratic stronghold. Nevertheless, Trump carried the area by 9 points in 2016, and Politico still considers it +8 for Republicans. The Cook Political Report rates it "Likely Republican."


Never mind that. The DCCC -- all the way back in January -- named the 8th as part of its "offensive battlefield" for 2020 -- a targeted push to increase the Democratic majority in the US House. Later, just a couple of weeks ago, the DCCC named the candidacy of Pat Timmons-Goodson in the 8th as one of its "Red-to-Blue" targets. Means financial and tactical support. Smart people seem to think that Timmons-Goodson has a shot at it, especially in a year like TwentyTwenty.

Larry Kissell was the last Democrat to win the 8th (a differently drawn 8th back then), in the Obama year of 2008. Kissell beat the Republican incumbent, Robin Hayes by a good 10 points. Kissell was reelected in 2010 but lost in 2012 to the current Republican incumbent, Richard Hudson. The Republicans had redrawn districts to favor themselves following the Census of 2010, and they drew Fayetteville out of the 8th, so Kissell was out too. Didn't help either that he voted against Obamacare.

Now, Pat (Patricia) Timmons-Goodson looks to be a very strong candidate. She's got the gravity and wisdom of a judge because she was one. She spent over three decades in the judicial system of North Carolina, earning her law degree at Chapel Hill and working as an assistant prosecutor in Cumberland County (Fayetteville). She rose to a local district judgeship and then to the North Carolina Court of Appeals before becoming in 2006 the first African-American woman elected to the North Carolina Supreme Court. President Obama attempted to add her to the bench of the 4th Circuit, but Sen. Richard Burr blocked her nomination and of course Mitch McConnell was not about to confirm her.

Her integrity and intelligence come through strong and clear in her introductory video. She marshals respect.


More video! That DCCC support needs to invest in some professional productions that utilize the inarguable, earned wisdom of this woman as a talking-head, but an ad that breaks free of the talking-head monologue. Her deliberate reasonableness provides a rich contrast to the chaos of the Trump administration and to Congressman Richard Hudson's collaboration with it. 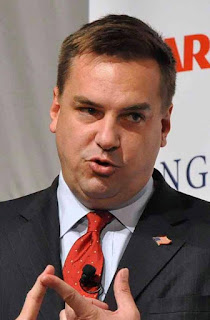 Incumbent Republican Congressman Richard Hudson is really a swamp creature. He became a rising Republican Party foot soldier shortly after he graduated with a poly sci degree from UNC-Charlotte in 1996. He rose quickly to working for Congressman Robin Hayes back in the district, and then Virginia Foxx brought him to Washington to work for her, and he stayed in Washington power circles, working for several other Republican congresspeople after he left Foxx, until he defeated Larry Kissell in 2012 for his own seat.

He's frequently described as a "moderate." What is a Republican moderate in the age of Trump? A silent collaborator who kowtows to the strong man, keeps his head down and his mouth shut. The times require sinew. But he was photographed wearing a COVID mask (which in a Republican county like Moore is tantamount to being a Democrat), and he approvingly retweeted the video of the Fayetteville police taking a knee in solidarity with street-marchers.

So, okay, "moderate." Rhymes with "human." At least he can express empathy for people not in his corner. But Pat Timmons-Goodson may out-rank him for humanity and out-flank him for votes.

Not to mention that Richard Hudson's wife is the chief of staff for Kelleyanne Conway, so there's no way he'll ever go against Trump.

Richard Hudson is gonna need a ten gallon Bible this time around.