North Carolina Democrats need a net gain of five seats to remove Phil Berger as president pro-tem of the NC Senate. If we count the gain of two seats that seem very probable (last post down-column), and assuming no losses among Democratic freshmen senators, then three more flips of Republican districts would end Mr. Berger's baleful reign. Here are the three who have grappled their way to the top of the list:
Dist. 7 (Wayne and Lenoir counties)

Open because ... incumbent Republican Louis Pate resigned mid-term because of declining health. Perry appointed to finish out the term. 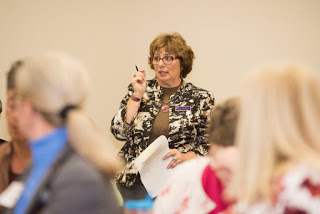 Lake is a 64-year-old retired USAF Colonel and health-care professional. She announced her candidacy for the North Carolina Senate last year on July 29th. She's another of a distinct trend among new, insurgent Democratic candidates in the Age of Trump: A woman combat vet with two Bronze Stars stepping forward to run in a forbidding new combat zone. Donna Lake also holds a freakin' Ph.D. to boot in Health Care Management and works as a clinical nursing professor at the ECU College of Nursing where she says she's taught 450 students, not to mention another 85 faculty, in patient safety principles, leadership, and finance skills. Her expertise in health care management contributed to the awarding of a $5M grant to train and place "advanced practice registered nurses" into primary care facilities in Eastern North Carolina rural communities. A vital and motivating statistic for Donna Lake: Of the 41 Eastern NC counties combined, 28 (68.3%) have fewer than 5 primary care physicians per 10,000 residents. She wants to change that, and her work is an answer to Jim Perry's complaint that there aren't enough primary care providers for the expansion of Medicaid.

Her Republican opponent, Jim Perry from Kinston, is a retired rep for the dental industry, CEO of a "Dental Service Org with 240 locations in 40 states and over 2,500 employees," and personnel consultant for the Acute Care Industry. He opposes the expansion of Medicaid. In his short time in the Senate, he became a big supporter of HB 370 -- a law that would force county sheriffs in North Carolina to do the work of ICE agents, with specific provisions to make sheriffs subject to removal from office for refusing to help ICE -- the bill which Governor Cooper vetoed on August 21.

Recently remapped (which lost it Yadkin Co.) and now rated both "Lean Republican" and "Competitive, Republican Favored." Trump won the district with 53.61% of the vote. (Michael Bitzer) 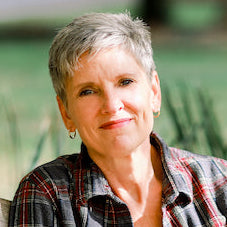 "Pivotal District." The partisan lean has shifted 14 points to the left after remapping (FlipNC.org). RealFactsNC lists it as a race to watch along with Long Leaf Pine Slate.

LeGrand trained as a lawyer and is a 1993 graduate of the Wake Forest School of Law.  She works as a financial aid administrator at Wake Forest University.  In 2018 she ran a very active race in House District 74, improving Democratic performance to 45%, which was better than expected, and she proved to have impressive fundraising chops. She was a founder of the Piedmont Environmental Alliance, serves on the Women's Leadership Council of the United Way, and served on the public utilities commission for Winston-Salem and Forsyth County.

Her opponent, Joyce Krawiec, is a Tea-Party Trumpist with all the identifying pockmarks.

Dist. 11 (Nash and nearly half of Johnston counties)

Open because ... incumbent Republican Sen. Rick Horner (1st elected in 2016) decided not to run again after the most recent remapping made the seat more Democratic-friendly. “Much to my regret, it simply is not in the best interest of my family to seek re-election in 2020.”

"Lean Republican" and "Competitive, Republican Favored." Trump won the district with 53.97% of the vote in 2016. (Michael Bitzer) After remapping it's 4 points more favorable for Dems: "The pool of untapped voters in this district – registered voters who did not vote in 2016 or 2018 – is also sharply Democratic leaning, suggesting that a strong candidate could flip the district if Democrats can energize their base in 2020" (FlipNC.org).

A "race to watch" (both RealFactsNC and Long Leaf Pine Slate). A "Pivotal Race" (FlipNC.org).

Allen Wellons, a 70-year-old baby-boomer born in 1949, is a Smithfield lawyer with Wilkins Wellons Coats. He's a 1971 graduate of UNC-Chapel Hill with a B.A. and a 1975 graduate of NC Central School of Law in 1975. He formerly served three terms in the NC Senate so long ago -- from 1996 to 2002 -- that few voters younger than the boomer class might remember him. He was decisively defeated for reelection to his 4th term in 2002 by Republican Fred Smith, and he's been out of public life ever since. The Long Leaf Pine Slate says that Wellons is a powerful local name. In the Year of Biden, Wellons also seems safe and stable, which may be the winning formula this year.

His Republican opponent, Lisa Stone Barnes, has been a rising star in her party and qualifies as something of a "moderate." Will that hurt her? She previously served a couple of terms as a Nash County commissioner and then moved up to the NC House (District 7) in the elections of 2018, defeating incumbent Democrat Bobbie Richardson in the rare blue-to-red flip that year. It didn't take her long to opt for further advancement when Rick Horner announced his retirement. She's also clearly somewhat out of step with other North Carolina Republicans because she nowhere plays the Trump card and she doesn't parade the label "conservative." She strikes a much more moderate tone and is clearly more interested in economic development for her rural district than she is in conservative social hot-buttons (she's pushed the expansion of broadband in rural areas). That does not mean, however, that she's ever shown any interest in bucking her Republican caucus in the NC General Assembly.