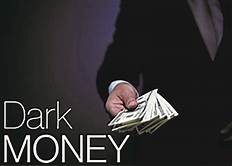 An outside expenditure group calling itself "Citizens for a Better NC House" is unloading a flood of slick and nasty mailers against NC House Rep. Ray Russell (HD93), and if he's being targeted, so are other Democrats who won close races in 2018. (This group may also be the source of push-polling against Russell that we're getting reports of.)
The group is registered with the state Board of Elections with one name on the registration papers, that of a treasurer, Phillip A. Painter, and a PO Box address in Raleigh. The only Phillip A. Painter I can find in North Carolina lives in Gastonia.
As treasurer, he has a nice pile to play with, some $1,200,000 in "outside source" funds (all anonymous) that have miraculously appeared via electronic transfer. In addition to the attacks on Ray Russell in HD93, meant to boost the chances of Republican Ray Pickett, the group is also targeting these House and Senate races:

HD20, where Democrat Adam Ericson is challenging Republican Ted Davis. I wrote about Ericson on June 22 as one of the best bets to flip a Republican district this year.

HD82, where Democrat Aimy Steele is a real threat to flip an open Republican seat. I also wrote about Steele on June 22nd.

SD9, where Democrat Harper Peterson, who flipped this senate seat in 2018, is trying to hold on against Republican Mike Lee, who's trying to get his seat back with the help of dark money.

HD1, where Democrat Emily Bunch Nicholson is challenging incumbent Republican Ed Goodwin. This is another of those closely watched races that could flip the NC House to Democratic control. I wrote about Nicholson on June 21.

SD1, where Democrat Tess Judge is trying to unseat Republican incumbent Bob Steinburg. I put Judge in the "3rd tier" of potential red-to-blue flippers of NC Senate districts. Clearly, the dark money is worried about her chances of taking out Steinburg.