This Man Could (Surprise!) Win a South Carolina Congressional District

Watch Moe Brown's introductory video first, and then we'll talk:
Speaking as a former political operative who's seen a lot of up-and-comers, I have to say that Moe Brown is one of those candidates, one of those you'd relish working for, a successful and attractive young man running as a Black "moderate" but in a mostly White, rural South Carolina Congressional district. Yikes. 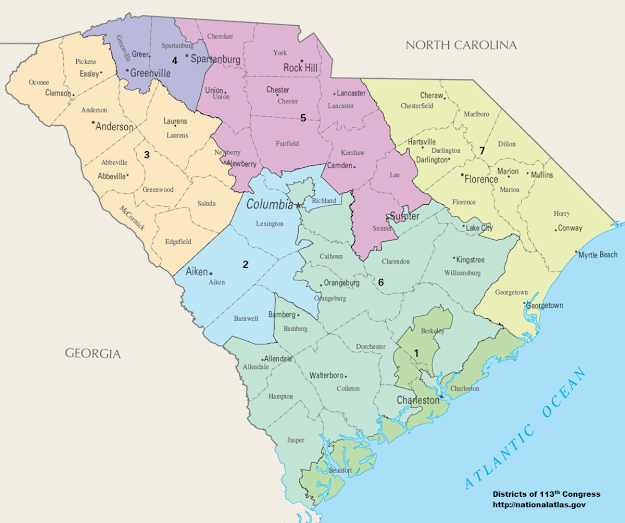 The 5th CD of SC ain't no picnic. It's currently represented by up-scale real estate developer Ralph Norman, Republican winner of a special election in June 2017 to replace Congressman Mick Mulvaney (who -- let's face it -- has been diminished by the Trump presidency). After Norman got to Congress, in April 2018, "he was meeting with constituents at a diner in Rock Hill ... when he noticed a gaggle of women in the room wearing red

T-shirts, Moms Demand Action for Gun Sense in America. So what did Ralph Norman do? He pulled a handgun out of his jacket pocket and placed it on the table, where it remained for the next several minutes."
Norman also defended the racism of Congressman Steve King, before King was kicked out of the House Republican caucus. More recently, Norman appeared as a cheerleader "in a viral live-streamed video [just two days ago] that featured doctors downplaying the threat of the coronavirus and claiming to have found a cure." That video got banned from social media for appalling misinformation.
In other words, Norman's a giant dick in the Mulvaney tradition (with a little Sperm Thurmond thrown in for flavor).
But (see below) Norman won that special election against feisty Democrat Archie Parnell with only 50.04 percent of the vote. (Parnell challenged Norman again in 2018, but did worse, getting only 41.49 percent. Very old assault allegations against Parnell had surfaced.) Despite the close election of 2017 and because of his easy reelection in 2018, Norman looks secure (exceptions cited below). Cook Political Report rates the district R+9, "Solid Republican."
Moe Brown's Candidacy
His video stopped me in my tracks and made me reassess. Maybe the 2017 special-election squeaker that put Norman into office with only 50.04 percent of the vote was closer to the real potential of the 5th District, than was the Nov. 2018 loss by Parnell (whose past had tracked him down. I profiled Parnell approvingly in April 2018). 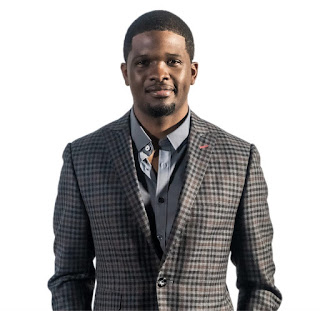 Moe Brown's personal story is compelling. It's up by your bootstraps by pluck and vinegar, reflecting virtue and will power, and Southern White people used to honor that, at least in themselves. But he's also an athletic star, wide receiver and captain of the Gamecocks, playing the quintessential game of Southern manhood. He's also got the engaging personality ("infectious" according to The State) and the obvious smarts to get things done at a high level. He himself is a suburban Charlottean, commuting to his professional job in the city. He correctly brags in his intro video about personally making development deals for Governor Nikki Haley through the six years he worked in her Commerce Department that brought in over a $1 billion and 5,000 jobs to the state (a factoid repeated on his website).
The rap against Moe Brown is that he's probably too corporate. FITSNews, a center/right news aggregator that nevertheless has a good reputation for accuracy, doesn't believe Moe Brown won't raise taxes, and "if middle class taxpayers are going to experience the sort of advancement upper class taxpayers have experienced under the administration of Donald Trump," then we need more of a reduction in taxes, not just a freeze. (Weird slap at Trump there! This site earns its banner declaration: "Independent. Unapologetic.")
The FITSnews editorialist doesn't trust Moe Brown's progressive promise: "...his announcement release fails to mention how much those [5,000] jobs cost taxpayers in the form of crony capitalist incentives. Because there was (and is) a cost to taxpayers every time government makes such 'economic development' announcements … of course the current occupant of this office [Ralph Norman] knows all about crony capitalism, too." That does give me pause. I chalked up Moe Brown's success as an expression of his personality, hoping it's not also an expression of his values.
The district is more suburban/urban in the north (neighborhoods just south of Charlotte, NC and around Rock Hill), more rural in the south. Is there enough progressive voter strength in the north, and enough untapped voters in the south, to give Moe Brown a shot at this? Am I wildly optimistic to say yes?Things are changing in South Carolina. Jaime Harrison is a lion going after the gazelle, Lindsey Graham, right now, and there's already a Republican Black US Senator, Tim Scott. If Moe Brown is registering voters all throughout those rural counties, he might have a shot at a long forward pass.
Posted by J.W. Williamson at 7/30/2020 09:59:00 AM
Email ThisBlogThis!Share to TwitterShare to FacebookShare to Pinterest
Labels: Moe Brown