An Unexpected and Surprising Republican Retirement at the General Assembly

David Lewis, Republican chair of the NC House Rules Committee, chief architect of voter suppression laws and the extreme partisan gerrymandering of General Assembly seats, announced yesterday that he would not be seeking reelection after all to his District 53 seat. He filed to run for reelection back in December 2019, and his dropping out now is puzzling, all the more so because he says he intends to spend more time with his family, an ancient and unconvincing dodge. He's just 49, one of the most powerful lieutenants in the Berger-Moore machine for turning back progressivism in North Carolina.
It's almost like there's another shoe waiting to drop. 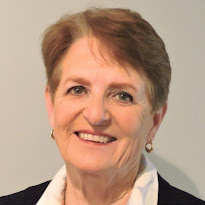 District 53 (Harnett County) is rated "Likely Republican," even without David Lewis on the ballot. Republican leaders in that county will have to name a replacement for him, and muy pronto. One would assume that whoever is chosen will instantly become the favorite to win.
There is a Democrat running, Sally Weeks Benson, a retired US Navy commander. She actually had to win a March primary to make the ballot, and she does have some campaign infrastructure, a website and a Facebook page, but whether she's positioned to take advantage of this suddenly open seat is another matter.
There is a functioning and apparently organized Democratic Party in Harnett County, which could provide volunteers and fundraising help. And the boomlet congressional campaign of Patricia Timmons-Goodson in the 8th CD overlaps onto most of Harnett County and could perhaps provide some coattail effect, if everyone is fired up. Short story: there's suddenly an opportunity in Harnett County for some revolutionary change.
Posted by J.W. Williamson at 7/25/2020 09:10:00 AM
Email ThisBlogThis!Share to TwitterShare to FacebookShare to Pinterest
Labels: David Lewis