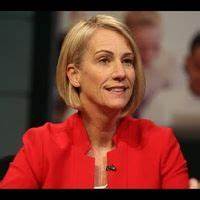 Jen Mangrum is running for an open seat which will put her on the Council of State. The previous Superintendent of Public Instruction, Republican Mark Johnson, had bigger ambitions. He opted not to run for reelection in 2020 and ran instead in a crowded Republican primary field for Lieutenant Governor, an office much favored by rising politicians in North Carolina (and by some empty suits). Mark Johnson finished 3rd in the primary (out of 9 candidates) with 12 percent of the vote.
His tenure since 2016 as Superintendent was fraught. The scandal over Johnson's attempt to force a contract for Istation, instead of a competitor reading program called Amplify (as I don't know the ins and outs of this hardware, I won't attempt to characterize the machinery), stirred up a hornet's nest of teacher pushback against Johnson's dictatorial and unqualified decision-making. Well known educator and NC education blogger Justin Parmenter wrote:

So yeah, there were definitely bad actors involved in the Istation contract controversy. Superintendent Mark Johnson himself was chief among them.

The Istation scandal was not the only scandal Johnson produced in his sad term as superintendent (think iPads), but it was the one that stunk the most.

It also perfectly encapsulated his failed leadership of our public schools in that it boiled down to an appalling disregard for the insight of experienced educators in making important decisions that impact our students.

I think I can speak for the majority of North Carolina’s public school educators when I say: Superintendent Mark Johnson will not be missed.

Jen Mangrum won her Democratic primary against four competitors with 33 percent of the vote, enough to avoid a run-off. I've been a fan of hers since she ran against Senate President Pro Tem Phil Berger in the 2018 mid-terms. She brought the heat and showed a commitment to public service that I can only admire in an age of self-serving politicians. Mangrum had to fight to get on the ballot, and she never stopped fighting the Phil Berger machine. In fact, her race for Superintendent of Public Instruction can be thought of as a continuation of her crusade to dismantle Berger's terrible influence over education:

"Public education is the core of our democracy," Mangrum says, and Phil Berger has presided over the systematic dismantling of that core in North Carolina. Mangrum has spent her entire life in classrooms, 15 of those years as a public school teacher. She's now teaching at a higher level at UNC-Greensboro, helping to train young people for the classroom. She recently earned the endorsement of the Network for Public Education, which called Phil Berger "the worst enemy of public education in the North Carolina General Assembly .... Berger has used his position as leader of the Senate to promote the privatization of North Carolina’s public schools. His policies have been harmful to the dedicated teachers of the state."

Mangrum's Republican opponent, Catherine Truitt, gets a "moderate" rating from the Heritage Alliance, the conservative org that produces the iVoterGuide. Truitt says she "agrees" with "school choice, including voucher programs, tax credits, charter schools, private schools, and home schools," and she checks the expected conservative box on right to life (anti-abortion). But she also said she disagreed with this statement: "Governments should define marriage as between one man and one woman; no other definition of marriage should be legalized or supported with taxpayer or public funds."
Truitt -- on paper at least -- is far more qualified for the job than Mark Johnson ever was.
Posted by J.W. Williamson at 7/20/2020 01:31:00 PM
Email ThisBlogThis!Share to TwitterShare to FacebookShare to Pinterest
Labels: Catherine Truitt