Beasley is the first Black woman to serve as Chief Justice in North Carolina, following a long career as a district court judge in Cumberland Co., then as a judge on the NC Court of Appeals (elected 2008 as the first Black woman elected statewide to any office), and then as an associate justice on the Supreme Court (appointed to fill out an unexpired term in 2012 and elected to a full term in her own right in 2014).

Beasley's opponent, Associate Supreme Court Justice Republican Paul Newby, has made a name for himself as the most nakedly partisan Republican judge on the high court. 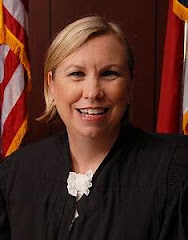 Open because Associate Justice Paul Newby is running against Cheri Beasley for Chief.

In 2010, Inman was appointed to the superior court as a special judge by Governor Bev Perdue. She won election to the Court of Appeals in 2014, defeating District Court Judge Bill Southern in a race to replace retiring Judge Robert C. Hunter. Interestingly, she is the great-granddaughter of Josephus Daniels, the editor of the Raleigh News and Observer at the turn of the last century and an avowed white supremacist, whose statue was recently removed from a Raleigh park with the assent of his descendants.

Her opponent, NC Court of Appeals Justice Republican Phil Berger Jr., has been pushed up the ladder of political advancement by his daddy, Phil Berger Sr., the boss of the NC Senate, and is a kind of poster child of nepotistic thumb-on-the-scales special dealing.

Associate Justice of the NC Supreme Court (Seat 4) Democrat Mark A. Davis (appointed March 2019 to fill out Cheri Beasley's term after she was elevated to Chief)

His opponent, Republican Tamara Barringer, is an attorney educated at UNC-Chapel Hill and was an NC state senator from 2012 until she was defeated in the 2018 Blue Wave election by Democrat Sam Searcy.

Associate Justice of the NC Court of Appeals (Seat 4) Democrat Tricia Shields, for an open seat 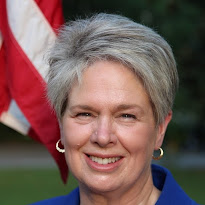 Shields was born in Elizabeth City. She earned a bachelor's degree from Wake Forest University in 1982 and her law degree from the University of North Carolina School of Law in 1985. Shields' professional experience includes serving as a law clerk with the North Carolina Court of Appeals. She worked with litigation firm Bailey and Dixon, international law firm Troutman Sanders, LLP, and litigation firm Hedrick, Gardener, Kincheloe, and Garofalo. Shields has also served as an adjunct faculty member at the Campbell Law School, teaching trial advocacy. She has been associated with the Wake County Bar Association and the North Carolina Bar Association. Shields also served as a member of the North Carolina Association of Defense Attorneys and acted as its president from 2011 to 2012.

Her opponent, Republican April C. Wood, is a district court judge from Lexington. She was first elected to the district court in 2002 and serves as the Davie County truancy judge and is a certified juvenile court judge. Lora Cubbage was born and raised in Shenandoah, Va. After relocating to Greensboro, NC, she worked for 17 years as a barber before returning to school at the age of 29 at NC A&T. After earning her degree there, she went on to law school at UNC-Chapel Hill. She's served as an Assistant District Attorney in Guildford County, an Assistant Attorney General in Raleigh, as both a district court judge and (currently) a superior court judge in District 18A (Guilford County). 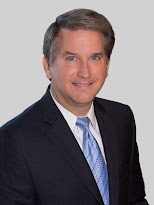 Styers is a partner at the large corporate law firm of Fox Rothschild, helping businesses develop strategies for navigating government regulation and public policy issues. He began his legal career as a judicial clerk for Chief Judge Sam J. Ervin III on the U.S. Court of Appeals for the Fourth Circuit. He serves as chair of the North Carolina Museum of History Associates, has chaired the Wake County Industrial and Pollution Control Facilities Financing Authority since 2000 and has been a member of the Board of Visitors of Wake Forest University's School of Divinity since 2012. He has also served on the Government Affairs Board for the Greater Raleigh Chamber of Commerce and is active in the Kiwanis Club of Raleigh, the North Carolina Supreme Court Historical Society and the Regional Transportation Alliance. He is a member of Raleigh Moravian Church and has served in various roles with the Moravian Church of America, Southern Province. In 2014, he was elected to serve as President of the Wake County Bar Association and the Tenth Judicial District Bar.

His opponent, Republican Chris Dillon, incumbent since he won his election to the seat in 2012, is running for a second term on the court. 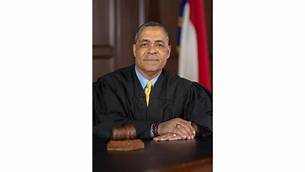 His opponent, Republican Jeff Carpenter, is Senior Resident Superior Court Judge for Union County.  He is a former North Carolina state trooper and trial attorney. He was appointed to fill a vacancy on the superior court bench in Union County by Governor Pat McCrory in 2016. Carpenter was subsequently elected to an 8-year term in November of 2016.

Associate Justice of the NC Court of Appeals (Seat 13), Democrat Chris Brook (appointed in April 2019 by Gov. Cooper to replace Justice Mark Davis, whom Cooper had appointed to the Supreme Court) 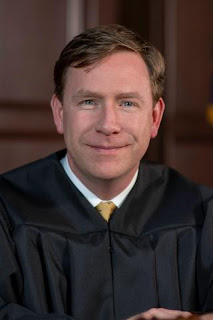 At the time of his appointment, Brook was the top lawyer for the American Civil Liberties Union in North Carolina, with no judicial experience. He is a UNC-Chapel Hill law school graduate and previously worked as an attorney for the Southern Coalition for Social Justice. Brooke became ACLU legal director in 2012. He was prominently involved in litigation successfully challenging North Carolina’s constitutional amendment prohibiting gay marriage, and he sought to overturn the state’s Republican-approved “bathroom bill,” as well as a replacement measure.

His opponent, Republican Jefferson G. Griffin, was born and raised in Nash County. He graduated from the University of North Carolina at Chapel Hill in 2003. After graduating from UNC, he earned his United States Coast Guard captain’s license and worked as a charter fisherman on the North Carolina coast. In 2008, Griffin graduated from North Carolina Central School of Law and began practicing law in Kinston. In 2010, Griffin joined the Wake County District Attorney’s Office, and in 2015, he was appointed by Governor McCrory to be a district court judge in Wake County. He was elected to a four-year term in the 2016 general election in Wake County. He also serves as a Captain in the North Carolina Army National Guard as a JAG Officer.

Posted by J.W. Williamson at 7/04/2020 09:56:00 AM
Email ThisBlogThis!Share to TwitterShare to FacebookShare to Pinterest