They're Going after Ray Russell and Ray Pickett Ain't Embarrassed 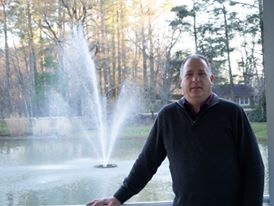 The basically silly attacks on Rep. Ray Russell (HD93) by an anonymous group calling itself "Citizens for a Better NC House" -- see immediately down-column -- are meant to help advantage Ray's Republican challenger, Ray Pickett, an ex-Blowing Rock town commissioner, local inn-keeper, and....
Hold it right there. "Ex-Blowing Rock town commissioner" sent me on an extended search of State Board of Elections (NCSBE) data to find out when Ray Pickett previously served on the B'Rock Town Commission. Here's the somewhat confounding facts I found:

2015 -- Did not run again. At least he's not listed as a candidate on SBOE "Elections" page for that fall.

I can't account for the gap between 2015 and 2017, how someone not on the ballot in 2015, after winning a 2-year term in 2013, can show up in all press stories as a sitting town commissioner all through 2017. Appointment to an unexpired term, maybe? I dunno. And I'm not going to spend any more time on this, except for this conclusion: Ray Pickett served on B'Rock town council for either 2 or 3+ years and did not grow his base. 155 votes, his first time out; 159 votes, his last try.

Maybe someone in the NCGOP, or allied orgs, promised him this year that if he'd just sign up to run against first-termer Ray Russell, he'd get campaign help from 3rd parties with lottsa bucks. Besides, Bruh, rest assured that a Trumpy House district like the 93rd still "leans Republican," according to all the people who count beans, and Trump's reelection is really gonna bring out the Republicans (supposedly). Persuasive talk for an ambitious politician, but I dunno. After trying to locate the Ray Pickett campaign, I'm keyed to ask, "Leans Republican, Despite the Candidate"?
Truth be told, Ray Pickett looks like he needs help. He listed a single contribution from Friends of Tim Moore ($5,400) in Feb. on his 1st Quarter report, and so far as we can tell, he's submitted no 2nd Quarter report. (Ray Pickett is also listed as his own treasurer. When did they change the law on that?) He doesn't seem to be trying all that hard. Relying on the dirty work by "Citizens for a Better NC House" to get him elected?
His Facebook page has 71 "likes," 76 "follows," and to date, since its launch on Jan. 6 of this year, just 16 updates (and a half-dozen of those were repetitions of the campaign cover page). Among those roughly dozen original postings: Commendably, he met with officials of the Blue Ridge Conservancy and was lobbied on conservation issues, and he gave blood, but he also doesn't see the problem with a statue of Teddy Roosevelt subordinating an Indian and a Black man. He was against wearing facemasks on June 16, as a tyrannical oppression by government, and he thought it awfully important to pass on a list of conservative principles, No. 6 of which is "Trump is the President and doing a great job!" and No. 16, "All fear is fueled by the media, this is a fact."

Ray Pickett knows the crap they're shoveling at Ray Russell. He legally can't have connections -- certainly not approval -- of that shoveled crap, but there's such a thing as tacit approval. He perhaps thinks that 3rd-party attacks will be the way he'll win if he wins at all.

Blowing Rock just has 4 year terms. They elect 3 members one election, and 2 the next.