Jacksonville Not Looking So Sunny After All 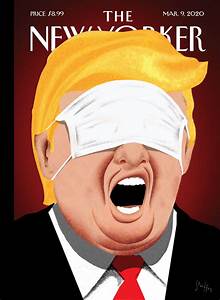 Trump threw a snit when Governor Roy Cooper refused to guarantee a full arena in Charlotte for Twitterman's re-coronation at the end of August, so Trump moved south to Jacksonville, which at the time was touting a 15,000-seat arena and a Republican mayor and a Republican governor who would be wide-open to a Trump mass rally.
But not so fast there. That was then. Now Florida is experiencing one of the worst spikes in virus infections, and its governor's poll numbers -- along with Trump's -- are sagging noticeably in the Sunshine State.
Yesterday, Florida Gov. Ron DeSantis, a close Trump ally, refused to say whether he would lift a rule mandating that indoor gatherings stay under 50 percent capacity — which would hold the Jacksonville convention to 7,500 people. Plus Jacksonville Mayor Lenny Curry issued a mandatory mask order last week.
What a bummer, if Trump has to look down on just a half-capacity auditorium of people wearing masks, or not wearing masks in defiant solidarity with the stupidest and most dangerous one-term president in American history.
Posted by J.W. Williamson at 7/08/2020 08:28:00 AM
Email ThisBlogThis!Share to TwitterShare to FacebookShare to Pinterest
Labels: Donald Trump

C'mon August 24 Hurricane, if America ever needed you she needs you now!
Back up the St. Johns River August 24 through 27th.
Baptize the Nazi Party.

Ahhh, but you forgot. Trump has his Sharpie to take care of that. He can magically move the hurricane path to Miami. Or New York. Although as we saw in Tulsa, more and more of his fans are seeing through his lies and deciding it's not worth dying for.