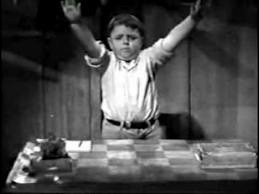 Taking a look at the Republican establishment candidates being nominated on Saturday for the four top county offices might reveal an anti-Boone theme that's worth noting. The establishment's pick for chair, Anne Marie Yates, is Phil Templeton's daughter, and you can Google his name + "Boone NC" and get that war, chapter and verse.

The short blurb about Myra Scoggins (nominated for Secretary) includes this statement: "She feels the Boone Town Council stands in the way of progress for the county. Myra believes Boone needs a broader tax base which helps the county as a whole."

Wait. What? It's passing strange how obsessed this bunch is with Boone, to the point of blaming it for the lack of "progress" in the county. How so, Ms. Scoggins? And while you're at it, please enlighten us as to how a "broader tax base" in Boone would help "the county as a whole"? Dunno, but we take it that you're irritated that Boone isn't contributing even more property tax to county coffers, while being routinely and regularly denigrated, insulted, and dissed by folks like you.

Yeah, we're all ready to sign up for that.

But it appears from this ad in the High Country Press that the establishment candidates will have at least one insurgent to deal with. Victoria Smith is nominated by the party grandees as Vice Chair, but Casey Miller is apparently mounting an insurgency. He has his own list of four resolutions, too, which will be popular with this crowd, since all four of them ... wait for it ... bash Boone.

The He-Man Boone Bashing Club is now in session!

Since you are not a Republican, it is none of your damn business what they do.

There's no way to broaden the tax base without allowing the Town to expand its boundaries. DUH. Idiots, all of them.

Laffing my A off! And with Debora Green back as a registered Republican, it will be even more fun! Pass the popcorn please I want to watch them as they blow themselves up!