The Slick One Begins His U.S. Senate Campaign 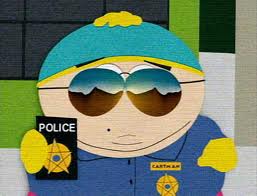 Thom Tillis, backed by a 501 (c) 4 group, began his Republican primary race yesterday. He's the Speaker of the NC House, first among the radicals, though he poses as a moderate. He's only one of several foam-flecked Republicans who want to take on Kay Hagan next year.

Some of Thom Tillis's greatest hits:

He called a sudden and unannounced 1 a.m. session of the NC House in 2011 to override a Perdue veto and then threw a public tantrum when the press called him out on this flagrant abuse of the system, labeling the Charlotte Observer "road kill."

Though he kept denying that he was behind the notorious anti-gay Amendment 1, he was the chief manipulator who got it into the state's constitution.

He told a partisan audience in Mars Hill that his budget plan for North Carolina was to "divide and conquer" the poor by shredding their safety net. Yeah, that's the ticket! Let's pit poor people against disabled people for the good of the state!

It was the Thom Tillis-engineered state budget that accelerated the crippling of public education in North Carolina.

He had Rev. William Barber, head of the NC NAACP, arrested and handcuffed when Barber dared to protest the radical agenda of the new Republican majority in the NC House. “When I have a respectful request I'll be happy to meet with people who treat my House with respect,” Tillis said. One protestor replied, “Your house? We're paying for it. It's our house."

Posted by J.W. Williamson at 3/12/2013 10:36:00 AM
Email ThisBlogThis!Share to TwitterShare to FacebookShare to Pinterest
Labels: Kay Hagan, Thom Tillis