Power Doesn't Get More Naked Than This: GOP Wants to Get Rid of Democratic School Board in Wake County by Shortening Terms and Redistricting 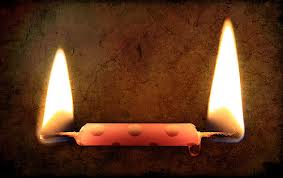 Well, redistricting worked for the North Carolina General Assembly. Why not also for the Wake County School Board, which the new Republican majority in the General Assembly hates with a passion.

But that wasn't revenge enough for a bunch of radicals whose pulse quickens at the thought of payback.

Senate Bill 325 was introduced on March 13th to simply nullify the Wake County school board elections of 2011. How?

1. The bill would put all nine school board seats on the ballot in 2014 (rather than this year), thus lengthening the terms of Republicans Bill Fletcher, Deborah Prickett and John Tedesco and Democrat Tom Benton. It would shorten the terms of the five other Democrats on the board – Susan Evans, Kevin Hill, Christine Kushner, Jim Martin and Keith Sutton.

2. The bill would redraw the school board districts to suit the Republican radicals in the General Assembly; that is to say, three current Democratic members of the board are drawn into the same district.

Hey, if redistricting worked so well for guaranteeing Republican domination of the General Assembly, why won't it work well for the Wake County School Board too?

On top of this towering pile of arrogance, now find the pea-brained crowing of one John Tedesco, a Republican member of the Wake County School Board whose term of service would otherwise be ending this year and who ran unsuccessfully for state Superintendent of Public Instruction last year to dismal effect. He couldn't stop himself from strutting in an email, bragging that the pay-back for his fellow (Democratic) School Board members is only just getting underway.

We don't doubt it for a minute.

To quote your fearless leader, elections have consequences. People are so sick of corrupt Democrats in North Carolina. Grin and bear it!!!

Elections may have consequences, but in general people don't like the legislature interfering in local issues. Imagine the uproar if the Democratic legislature had decided that it didn't like the school board in Yadkin County (or some other conservative county) and had tried to change the election process! Give me ONE example of Democrats doing something like this.