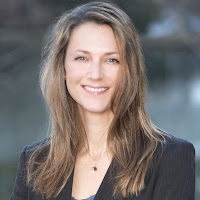 In 2018 we paid attention to Democrat Kim Bost when she ran for the NC House, District 96, contained entirely within Catawba County and taking in most of Hickory and Conover and some of Newton. The 2018 Blue Wave didn't make it to NCH96. Bost drew only 39.26% of the vote against Republican incumbent Jay Adams.

She announced on Facebook yesterday that she's going again for the seat in 2020. It's an uphill slog, no doubt, but certain indicators ought to mean something for Bost to build a stronger coalition in 2020.

For one thing, Charlotte Williams, a very strong Democrat, won her primary for Hickory Ward 2 alderman back on October 8. She's up against a Republican in the November elections. Granted, the alderman races in Hickory are officially non-partisan, but Williams in one of those classic progressives who's very visible in the community: She's the associate dean of Engaged and Global Learning and the program coordinator for the Human and Community Service major at Lenoir-Rhyne University. She serves on the Habitat for Humanity board and the Cognitive Connection Substance Abuse Program board. She previously held leadership roles as the vice-chair of the Hickory City Public School Board, president of the Women’s Resource Center, vice-chair on the Council of Adolescents, and secretary of the United Arts Council.

Furthermore, the two candidates squaring off in November for the Ward 1 alderman seat are both Democratic-leaning Unaffiliated candidates, which means I can't bring myself to think of the City of Hickory as a total Republican stronghold. There are signs of progressivism afoot. Plus the City of Newton has two Democrats serving on its city council and two very left-leaning Unaffiliated members. All of which should add up to an opportunity for coalition-building by a Democrat running in this heavily urban/suburban NC House district. (City of Conover, also in Dist. 96, is a much harder Republican nut to crack, with all of its sitting council members registered Republicans.)

First thing I'd do if I were Kim Bost and had the money -- conduct a telephone robo-poll (combined with texting) of all voters in Dist. 96 and ask one question: "Do you support President Donald J. Trump?" The answer to that question will tell her a great deal about where the persuadable voters are, and where the boulders are that she should avoid dashing herself against. After impeachment, do the poll again. If there's no movement in the Hickory electorate, go to Plan B.