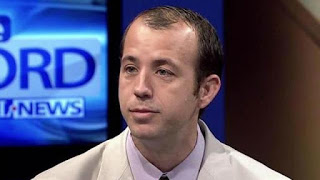 The NAACP and a group of ballot security experts have called for Governor Roy Cooper to oust Damon Circosta from the NC State Board of Elections. Gov. Cooper said yesterday, "No way, no how."

Well, not exactly. What Governor Cooper did was send out his spokesman armed with verbal bubblewrap meant to protect Circosta from the blows: “The security of our elections is the number one priority of the State Board of Elections. This includes ballot and voting machine security, ensuring against voter intimidation and discrimination in all forms, freedom from long lines, and making sure that voting is as easy and hassle free as possible. The Governor believes the board is focused on these concerns.”

Not exactly a ringing endorsement of the views and actions of Circosta but also not a step toward ousting him.

We've been critical of Circosta's cavalier attitude toward certifying electronic voting machines that the experts say are not safe from hacking, starting with his surprise vote back on August 23. Evidence piled up after that vote to demonstrate a curious lack of interest on Circosta's part for ballot safety (here and here and here, for examples). His stubborn attachment to machinery that computer experts say is not secure baffles me. Always has.

Hope the governor's confidence is not misplaced.

Posted by J.W. Williamson at 10/23/2019 08:42:00 AM
Email ThisBlogThis!Share to TwitterShare to FacebookShare to Pinterest
Labels: Damon Circosta, North Carolina Board of Elections, Roy Cooper, voting rights