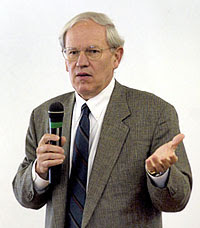 The 2011 General Assembly steamroller conducted by the new Republican majority (now adjourned, thank God, until the middle of July), has, by acts of commission and acts of omission, added to the disparity between rich and poor counties in the state, so far as the education of all our children is concerned.

Republicans cut spending on education by another $124 million. "Another"? Yes, because the two previous state legislatures, led by Democrats, had already cut education spending a total of $305 million.

Forcing the counties to make cuts began as a stopgap measure by the [Democratic] legislature to deal with the economic crisis. But it has become a new way of doing business, and it's looking more like a fundamental shift in the way North Carolina pays for public schools. The reduction is projected to grow to about $500 million in 2012-13, at the same time the federal Education Jobs Fund runs out of money.

One of the rich counties, Mecklenburg, managed to find an additional $26 million for the Charlotte-Meck school system, saving the jobs of over a thousand teachers. But poorer counties, like Lincoln, have been forced to send lay-off notices to scores of employees (190 teacher assistants and 38 teachers in Lincoln County alone, a devastating blow).

This is where Wake County Judge Howard Manning comes in. He's the tough-as-nails jurist (pictured above) who has presided over the long-running Leandro case since 1994. In Leandro, the state's Supreme Court ruled in 1997 that every child has a constitutional right to a "sound, basic education." In the court trial that ensued in 1999 -- and since -- Judge Manning has issued a number of orders, including in 2002 when he ruled that the responsibility of providing equal education to all students lies with the state. He ordered the state to "remedy the Constitutional deficiency for those children who are not being provided the basic educational services" of competent, well-trained teachers, good principals and sufficient funding.

Judge Manning has said he's not afraid to lock up politicians if they don't do what's right and required by law, and he seems poised this week to declare the entire Republican state budget unconstitutional.

Stand by, as this is a developing story.
Posted by J.W. Williamson at 6/20/2011 10:39:00 AM
Email ThisBlogThis!Share to TwitterShare to FacebookShare to Pinterest
Labels: Judge Howard Manning, public education

I've met and talked with Judge Manning. I also have two friends who have testified in his court. Love the guy: he can't go two sentences without cussing, brilliantly. These legislators who may want to cross him better watch out. He will put them in jail! If you look at the NC Supreme Court decisions regarding his judgments you would be fearful of his ability to put his money where his mouth is. Of course, Judge Manning against the idiots in this legislature is like Superman vs. Grandma. This Judge does not tolerate FOOLS.

Maybe Manning needs to order the voucher system to be instigated.

Maybe the Republicans should get ready for Manning. When is he up for election again?

Plus you may not know that Judge Manning is a registered Republican!

I just heard on the news that Manning said money was not the issue pertaining to the state law the suit was based on. He said it was graduation rates.