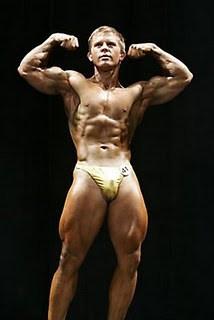 Richard V. Carter Jr. (that's actually him to the left), who's been announcing for months that he's considering a primary challenge to Virginia Foxx, has released his platform:

1. "I will introduce/support immediately ceasing all Congressional benefits, compensation, or Congressional privelage [sic] of any kind upon exit from office whether by election loss, resignation, or involuntary relief (note - retiring from office will no longer be possible)." We are, naturally, most interested in that phrase "involuntary relief," which perhaps in an earlier age would have been called "misadventure." But we're not sure how a Congress Critter might be relieved of office through "involuntary relief." Sounds scenic! Especially followed by that slightly ominous "retiring from office will no longer be possible." Say whaaa?

3. "I will introduce/support repealing the Current Tax Payment Act of 1943." No explanation of what this portends. But we take it that he's opposed to taxes.

4. "I will introduce/support making American English the official language of the United States of America and require all federal documents and federal affairs be recorded, conducted, and/or produced only in American English." Meaning, we assume, that the candidate himself intends to learn it.

5. "I will introduce/support eradication of a myriad of programs, agencies, and departments to acutely reduce the size and scope of the federal government. Candidates for extermination include the Dept of Education, the Dept of Energy, the Environmental Protection Agency, the Dept of Housing and Urban Development, the National Labor Relations Board, the Drug Enforcement Agency, AmeriCorps, the Bureau of Alcohol-Tobacco-Firearms-and-Explosives, the Federal Emergency Management Agency, the Food and Drug Administration, the US Agency for International Development, the National Security Council, and the Occupational Safety and Health Administration." Frankly, we cannot believe that this supposed conservative would exempt those pimps at the National Weather Service from eradication! In fact, we're interested in any candidate who advocates the death penalty for weather men who get it wrong.

Virginia Foxx ... you have been served!
Posted by J.W. Williamson at 6/30/2011 11:40:00 AM
Email ThisBlogThis!Share to TwitterShare to FacebookShare to Pinterest
Labels: Richard V. Carter Jr., Virginia Foxx

So what's the difference between this guy and Foxx?

With a platform like that, he would be better off by having a mud wrestling event with Foxx on Smackdown...

He has about as much chance of beating Mrs Foxx as the Democrat candidate yet to be named!

Did you know that 2 out of 3, yes, that's right, 2 out of 3 voters in the Fifth District voted for Mrs Foxx in the last election?

Thank you Mrs Foxx for the outstanding representation you give us. It's appreciated by 2 out of 3 of the voters!

"with a platform like that..." You mean, with a BUILD like that--a mud wrestle between this dude and the Madam would be an event to charge $ for. Put Va. in a leotard and toss them both in the ring.... The mind boggles.