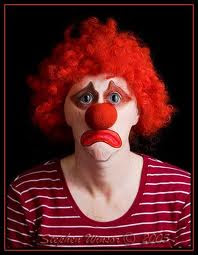 You will, of course, remember that the General Assembly, under Democratic control in 2009, passed the Racial Justice Act which allows an inmate facing the death penalty to file an appeal asking a judge to consider whether racial prejudice played a role in his or her sentence. If such evidence is compelling, the law gives state judges the discretion to commute sentences from death to life in prison without the possibility of parole.

The last part of that is important because it's the part that was totally ignored by Jonathan Jordan and Dan Soucek when they ran against Cullie Tarleton and Steve Goss last year, smearing them both as the miscreants who wanted black rapists to move in next door to you. You remember those mailers, of course!

One of the solemn promises made by this new Republican majority in the General Assembly was the immediate repeal of the Racial Justice Act, since this bunch likes killing everything but fetuses, and the state's executioner wants work.

Yesterday the NC House passed the repeal 63-53 (not veto-proof, by any means), and every informed Clown College observer expected the Senate to quickly follow suit. But not so fast.

According to Under the Dome, "In a big surprise, Senate leaders said they will not take up the bill before adjournment."

"When we come back in May, I guess we will pick it up then," said Sen. Tom Apodaca, a Republican from Hendersonville. "We had our schedule for tonight, and that was not on it. I want to go to the mountains."

Hmmm. Apparently, those black rapists moving into all our neighborhoods weren't all that, after all.
Posted by J.W. Williamson at 6/17/2011 09:35:00 AM
Email ThisBlogThis!Share to TwitterShare to FacebookShare to Pinterest
Labels: Cullie Tarleton, Dan Soucek, Jonathan Jordan, racism, Steve Goss