Republicans, Welcome to Your New Reality 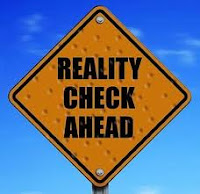 The new Republican majority in the General Assembly have consistently tried to spin it that their budget actually contained more jobs for teachers, but of course the reality was something entirely different. Via WRAL:

Layoffs sweeping through school districts
Lillington, N.C. — With the school year over and the state budget passed, many teachers across the region have learned in recent days that they no longer have a job.

Critics of the budget predict as many as 13,000 jobs could be lost. Harnett County Schools, for example, has cut 88 jobs, most of them teaching assistants.

What happened to the "jobs, jobs, jobs" bunch? They became the "increased unemployment and crippled schools" bunch.
Posted by J.W. Williamson at 6/17/2011 10:20:00 AM
Email ThisBlogThis!Share to TwitterShare to FacebookShare to Pinterest
Labels: North Carolina budget, public education, Republican "brand", unemployment in North Carolina

I just heard that two teachers I know in Burke County were laid off because all foreign language teaching has been cut from middle schools.

I hope that people remember: elections have consequences. And so far one consequence of having elected in this slate of Republicans is concrete job losses in this state.

Someone please explain to me what we accomplish by laying off schoolteachers, and also by denying our students the opportunity to study about other languages and cultures.