Still Trying To Catch Up With the News 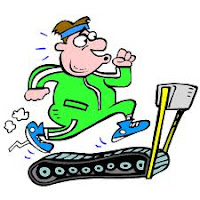 Gov. Perdue vetoed the new Republican majority's anti-abortion bill, a.k.a., "Insult a Woman by Treating Her Like a Child Act of 2011." The Republicans will have to round up another vote each in both the House and the Senate to override the veto, which they probably will attempt when they come back to town in mid-July.

This evening at the Watauga County Commission meeting, the Board of Education requested the release of some $360,000 in budgeted contingency (set-aside) funds to alleviate the punishment inflicted on public education by the new Republican majority in the General Assembly. According to School Board Chair Deborah Miller, the additional money will keep the school system from being forced to fire teachers and teacher assistants. The schools will lose positions through attrition (retirements & relocations) but can shelter others from being laid off with the additional money. Commissioner Vince Gable seemed genuinely confused by this. He said that he had talked to state Sen. Dan Soucek this past weekend, and Sen. Soucek had assured him that the state's budget had not cut any teaching jobs. Mr. Gable was (once again) schooled in the nature of the pass-down cuts from the state that fall very heavily on every local school district. Mr. Gable fell silent, and the commissioners passed a motion to hand over another $360,000 to the schools that Dan Soucek keeps telling everyone couldn't possibly be needed because he hasn't got a clue (evidently) what the budget he voted for actually does to the schools.

There's no unanimity among NC observers about the impact of the New York state gay marriage law on the Dan Soucek-sponsored constitutional amendment in NC to deny equal rights to gay couples seeking marriage. Some think the Soucek tribe of troglodytes will be more impassioned and will manage to get a referendum about gay marriage on the Nov. 2012 NC ballot, thus helping sweep all bigots back into office. Others think that New York's legalizing of gay marriage sends a powerful message that this particular war on marriage equality is lost ... which it is. But don't look for Dan Soucek to get that message.

Another sign of the time RE the new Republican General Assembly's current talent at cutting the state budget while really off-loading essential programs onto local governments: Also tonight at the Watauga County Commission meeting, the Commissioners agreed to take $30,000 from the administrative contingency fund to keep alive a drug rehabilitation program that Soucek and Jonathan Jordan and their cohorts cut from the state's budget. We were treated to an assistant district attorney, serving under uber-Republican District Attorney Jerry Wilson, pleading with the commissioners to keep the program alive while its administrators seek alternative grant funding. And Commission Chair Nathan Miller, a defense attorney, had to admit that he had seen clients of his benefit from the program and get their lives on track toward becoming responsible and contributing citizens.

Why is Soucek so hung up on gay people? Think about it.

You got the foretaste right...

I didn't want to bring regional divisions into this, but this has been on my mind and I'm going to say it: it makes me especially mad to think that Dan Soucek moved down to my home state from New Jersey, and is now trying to turn NC into some sort of tax-free, religious-mandate paradise.

I know taxes are really, really high in NJ. Probably too high. But here, they're just not, and there's no need to sacrifice our children's education because you're absolutely unwilling to, say, pay an extra penny in sales tax for one more year. And maybe, just maybe, we should ask the most fortunate among us to contribute a little more -and I mean a little- for the future of the next generation. Where I come from, that's not asking a lot. Not sure where the NC values I grew up with have gone, but Soucek sure as h*** doesn't represent them.

Hopefully all her vetoes will be over ridden. However, if they are not, it will insure some new faces in the legislature.

Not Really, the progressives and company have been saying that, "just a little more money here, a little more tax there", for a century now, and all it has done is generate a massive government with a huge welfare bureaucracy and dependent underclass that costs us untold billions every year.

And the education field is no different. Every year, since I've been observing the county and state business, the growing education bureaucracy wants more and more money. It never has enough. They think that the more money they receive, then automatically that improves education and results in a better educated people.

Unfortunately, a better educated people has not been the case. It is far more accurate to say that we are a more indoctrinated and oppressed people who are more
dependent on government.

Furthermore, we have bankrupted ourselves by spending like drunken teenagers over the past several decades.

On behalf of drunken teenagers everywhere, I have to say I resent being compared to these tax and spend politicians!

Not really, Bush inherited the largest surplus in history and at the end of his presidency, the house of cards fell in. So, don't give us your BS.

Anonymous, and Anonymous, and any other Anonymouses who want to complain about how high tax rates are right now: please take a look at the following tables charting income tax rates over the last 90+ years:

And I actually agree that we need to cut bureaucracy when possible and identify and curtail unnecessary spending. But right now, all across North Carolina, teachers are losing their jobs and students are losing their teachers. That's the reality and it's a direct consequence of a budget that prioritized cuts rather than raising revenue. Watauga Co. cut Spanish out of elementary schools and German out of the HS last year. Burke Co. is cutting their foreign language and arts classes this year. Teachers that retire aren't being replaced.

Bureaucrats aren't losing jobs. Teachers are. And students will suffer for it.

The liberal tax and spend policies of progressive government have given us: the interstate highways system, a public health system that has fended off lethal epidemics since 1920, a space program that enabled satellite technology, the internet, nuclear technology that is used extensively in medicine,programs such as the TVA that connected rural areas with the rest of the country, and many other important works that have allowed businesses to innovate and flourish.

i hope one day soon that his amendment plan is mocked the way he mocks ridiculous outdated laws on his twitter feed.