The Lone Republican Who Voted Against His Party's Anti-Abortion Bill 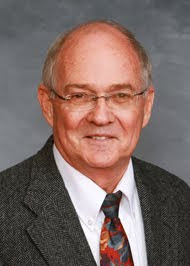 Stan Bingham, the NC Republican Senator who represents Davidson and Guilford counties, was the lone GOP vote against the new anti-abortion law that has now landed on the governor's desk.

He spoke to Mark Binker at the Greensboro News&Record about why, and he actually sounds like a human being:

“I’ve got four daughters and I have never imposed on them. They are bright, smart young women and I trust the decisions they make. I’ve got one’s a doctor, one’s a lawyer and two engineers,” Bingham said, adding that he raised his daughters to think for themselves. He said that Senators who were doctors spoke against the bill and swayed him. But, he said, it was mainly thinking about the women in his life that caused him to side against the bill. “I leave it up to them to make decisions about their own bodies,” Bingham said. “It’s just like if I were going to be castrated, I wouldn’t want them to make that decision for me.”

Gosh. An elected Republican who actually respects women enough to trust their own decision-making. Does that rock your world?

One of those medical doctors in the NC Senate, Bill Purcell (D-Laurinburg), whom Bingham listened to, said this (also via Mark Binker):

“Those of you who are trying may succeed in stopping legal abortions in North Carolina, and I believe that is your goal…

“I began practicing medicine when there was no legal way to terminate an unwanted pregnancy in the United States. Those who had money could fly overseas for the procedure, but there was no choice for the poor who could not afford the expense of overseas travel.

“During one of those years when I was working on obstetrical service in a city hospital … I personally cared for two young women – one about age 18 and one about age 19 – who came to our emergency room on separate days. For whatever reasons – it could have been fear of their father or whatever, I don’t know the reasons – both of them found their pregnancies to be so threatening that they had to terminate them and both attempted to do it using coat hangers.

“I watched as both of them bled to death right in front of me as we pumped blood and did everything else we could to save their lives. I shall never forget the look of despair on their faces as they died. You can say they shouldn’t have done that, and I agree. But you know they will do it again across this state if you succeed in making it extremely expensive, difficult, almost impossible to have a pregnancy terminated by placing more and more barriers in her way.”

Good for Mr. Bingham. I always appreciate it when a politician listens to the facts, carefully weighs both sides of an issue, and chooses to vote with reason and principal rather than politics.

My. God. I had no idea there was a sane Republican left in Raleigh. As for the coathanger story, it is all too true, and I think young women are about to get a real history lesson on what happens when legal abortion is no longer attainable. I well remember when abortions were illegal and when women tried everything to self abort. It was a disaster. There were no fewer abortions in this nation; there were just less safe ones. But of course, this is really all about punishing women for having sex. That's where we're headed.