We Need Another Stacey Abrams in North Carolina 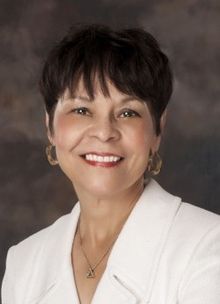 Next month, the state executive committee of the North Carolina Democratic Party will vote on a new chair for the state party. The only announced candidate for the job right now is Bobbie Richardson, who is currently 1st vice chair and a former member of the NC House. She was appointed to the Dist. 7 House seat in 2013, won reelection in 2014 and 2016 but lost her seat (by a large margin) in the elections of 2018, after redistricting dissolved her old constituency and replaced it with a much whiter, more Republican electorate.

(The old Dist. 7 had been considered one of the most racially gerrymandered in the state. While redistricting generally across NC in 2018 made Democratic gains in the General Assembly possible, that redistricting hurt a handful of Democratic incumbents, and Richardson was one of those.)

Could Richardson be our Stacey Abrams? Would she have the vision and the juice to mount aggressive voter registration and outreach to find and motivate the people who haven't been participating in our civic contract? While Black voter turnout in North Carolina increased 4.1 points last fall over 2016, it wasn’t enough for Democrats to flip the state for Biden or to flip at least one chamber in the General Assembly. Some 68.4% of North Carolina’s Black voters cast a ballot in the 2020 elections, compared to 78.8% of white voters. That's the winning margin right there, all those votes left untapped.

Richardson spent 35 years teaching in North Carolina schools, with a wealth of preparation behind her including a doctorate in education leadership from UNC-Chapel Hill. She's been a stand-out leader in her community (which is clear from reading her bio), but can she bring a Stacey Abrams level of organizing and reform to the North Carolina Democratic Party?