Is the 5th District of NC Getting Its Own Madison Cawthorn? 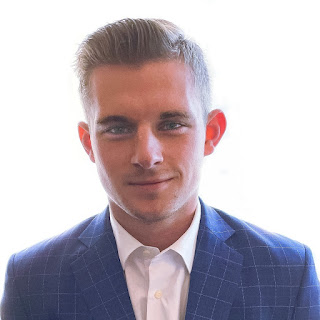 He incidentally seems most offended by Foxx's turning her incumbency into great wealth. Yeah, we're offended by that too.

The Gaston Gazette says he lives currently in Forsyth County (presumably in order to attend Wake Forest School of Law), but I haven't found him in the NC voter file -- not under the name "Bo," which is no doubt a nickname. The northern part of Forsyth is still in the 5th District, though Wake Forest campus isn't.

The Gaston Gazette reports that Hines "was once a highly touted freshman wide receiver at North Carolina State University .... After a prep career at Charlotte Christian, Hines earned Freshman All-American honors as a wide receiver for the Wolkpack in 2014 before transferring to Yale University."

Madam Foxx has never had a Republican challenger like Hines, and she's always been ripe for the plucking if she got the right opponent. Hines's pointing out that she's mainly made herself rich while in Congress, while doing little for her constituents, could be a winning message.

None of Forsyth County is currently in the 5th District.

Posted by J.W. Williamson at 1/22/2021 09:17:00 AM
Email ThisBlogThis!Share to TwitterShare to FacebookShare to Pinterest
Labels: Bo Hines, Virginia Foxx

Maybe he's a right-winger but I doubt very much he's as bad as Cawthorn. After all, he has a Yale degree, so he's not a dumbass. Of course, some very bad people have good educations.

Looks as if his first name is Nyheim, according to ESPN. But Nyheim Hines isn't a registered voter, either.

Here is the reality. If Cawthorn had to run against Mark Meadows he would not have won. He caught lightning in a bottle. The same will be with Hines. If Foxx runs she will destroy him and move on to get reelected.