Josh Howard Joins Trump's Legal Defense Team. He was Chair of State Board of Elections During Four Eggers' Attempt to Suppress AppState Votes in 2013 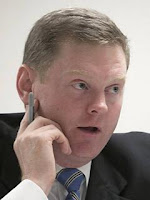 Everything old is new again.

Josh Howard was very much in the cast of characters during Stacy C. "Four" Eggers' seizure of the Watauga County Board of Elections in 2013 (using his younger brother as surrogate) and the attempt to shut down voting on the AppState campus.

Now attorney Howard has joined the Donald J. Trump defense team for the February 8th trial in the US Senate. The News and Observer calls him a "white-collar defense lawyer" with a definite partisan lean:

"He was part of the team that investigated Democratic President Bill Clinton in the 1990s — both for the Whitewater financial scandal and the Monica Lewinsky affair. And he represented former Rep. David Lewis, once one of the most powerful Republicans in the state legislature, when Lewis was charged last year with federal crimes in a campaign finance scheme."

Josh Howard's a lucky lawyer, mainly because he's going to win this case before the Senate. Whether the Character Formerly Known as Twitterman actually pays him is another question.