Trump Leaves a Ticking Time Bomb in the NSA 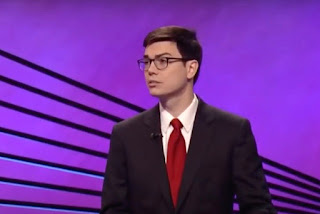 This guy. Michael Ellis, a lawyer and Trump loyalist, who had been an operative for Republican Rep. Devin Nunes and then graduated to the Trump White House in various roles (a lawyer for the National Security Council and then the White House’s senior director for intelligence), where he did what he could to stop the publication of John Bolton's book, "The Room Where It Happened." Ellis is said to have overruled the decision by a career official to clear Bolton’s book for publication, even though he had no formal training in the classification of national security information. Then the William Barr Justice Department, under pressure from Trump, sued Bolton to recoup his profits from the book.

Anyway ... this guy ... Michael Ellis has been forced on the National Security Agency in the last days of the Trump administration as the NSA's general counsel. Trump's last (acting) defense secretary ordered the NSA to hire Ellis, something the director of the NSA clearly didn't want to do -- to embed this political punk into the ranks of the Senior Executive Service, which will protect his job from a political firing by the Biden administration (though they can reassign his ass to a place where he can't continue to spy for Trump).

Mr. Ellis is seen as a smart lawyer. But the push to install him in a permanent government job puzzled some. According to former officials, he is likely to enter the general counsel’s office under a good deal of suspicion and will have an uphill battle to win the confidence of [NSA Director] General [Paul] Nakasone.

Mr. Ellis will be a member of the Senior Executive Service, a Civil Service job that has strong protections against firing. However, civil servants can be easily moved in the Defense Department, so he could be given a legal job elsewhere in the sprawling department — overseeing compliance with environmental regulations at a remote military base, for example. [NYTimes]

Gotta ask why Trump and his minions were so determined to give one of Twitterman's loyal foot soldiers such a prominent perch in the national spy agency. Gosh, it's almost like Trump wants to keep an eye on how, say, Russia may be faring under the new Biden administration.

And how many other Trump moles have been similarly installed for longterm spying in other government agencies?

Posted by J.W. Williamson at 1/18/2021 10:56:00 AM
Email ThisBlogThis!Share to TwitterShare to FacebookShare to Pinterest
Labels: Donald Trump, Joe Biden