Biden Made His Choices for Labor, Commerce Departments

Martin Walsh, to be Secretary of Labor 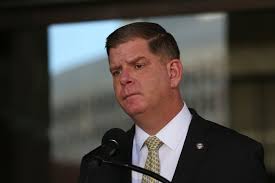 Currently and for the last seven years, the mayor of Boston and a former top union leader (the Boston Building and Construction Trades Council, an umbrella group for unions). He's a personal friend of Joe Biden.

Virginia Foxx, who has a limited vocabulary, immediately attacked Biden's choice: “Marty Walsh’s background in organized labor signals that he will work to deliver on left-wing campaign promises.” Imagine that! Delivering on campaign promises.

Boston Globe: "Organized labor has played a pivotal role in Walsh’s life and political rise. He was 21 years old when he became a member of the Laborers’ Union Local 223 in Boston, which his father had joined in the 1950s after emigrating from Ireland and his uncle later led. Walsh, who was a state representative for 16 years, went on to also serve as president of the union, then was the head of the Building and Construction Trades Council. When he first ran for mayor in 2013, unions fueled his campaign with financial contributions and volunteers."

Gina Raimondo, to be Secretary of Commerce 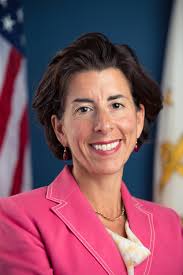 Currently and since 2014, the governor of Rhode Island.

Politico: Raimondo is a former venture capitalist who worked at a fund backed by Bain Capital. She also started her own venture firm in Rhode Island, where she worked before being elected general treasurer of Rhode Island in 2011. During the presidential primary of 2020, she threw her support behind former New York Mayor Michael Bloomberg, serving as national co-chair for the well funded but ill-fated campaign.

Raimondo, if approved by the Senate, will preside over a sprawling, diverse department, whose functions include forecasting the weather, managing ocean fisheries, and setting international product standards. She will also be landing in the middle of several international trade disputes that were begun during the tenure of Trump's Secretary Wilbur Ross.

Wow....somebody from the Labor movement in charge of the Labor Department. What a concept!