Jen Mangrum Gets Okay from SBOE To Run Against Phil Berger 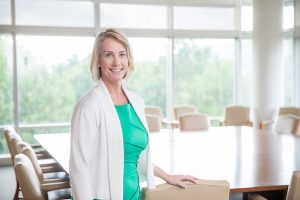 I was in that hearing room yesterday in Raleigh, but because of the state Board of Elections weird policy blocking WiFi access for the public, I was unable to post live updates. Here's the bottomline news, courtesy of the NewsandObserver:

RALEIGH -- Jen Mangrum, a former teacher and first-time candidate, turned back a challenge to her district residency on Thursday, opening the way for her to continue her campaign against state Senate leader Phil Berger of Rockingham County — one of the most influential politicians in North Carolina.

The state elections board, in a 5-4 vote, overturned a decision by a local panel which decided against Mangrum, a Democrat, in a party-line vote in May.

Billy Cushman, a Republican travel agent from Rockingham County, challenged Mangrum’s residency, claiming she had not moved permanently from Greensboro to Reidsville, a town in Berger’s district. The state election board’s four Democrats and its unaffiliated member voted in Mangrum’s favor, while the board’s four Republicans voted against her.

Mangrum said she was happy with the result, but disappointed that the vote wasn’t unanimous.

“The facts are, I moved,” she said. Mangrum said Berger had been challenged only three times in nine elections, and she felt it was important for voters to have a choice. “I decided that someone needed to stand up to Sen. Berger, and I was going to be that person,” she said....

The local panel used a standard to judge Mangrum that it would not apply to a man, said Stella Anderson, a state board member. One of the local panel members, according to the record, was not convinced that Mangrum and her husband wouldn’t reconcile.

“That is irrelevant as it relates to the law,” Anderson said. “This panel chose to impose on her a requirement that is not a requirement of the law.”

Jen Mangrum's a fighter, and the attempt to get her disqualified because she moved in order to run, has given her greater name recognition and a growing army of willing volunteers. Phil Berger has every reason to be nervous.

Question remains: Will the man who challenged Mangrum's eligibility (Billy Cushman of Eden) now appeal to the NC Court of Appeals. My understanding is that he has just two days to do that, once the action yesterday is finalized in a formal order. Considering Berger's nervousness and the ample money that seems to be available to pay Cushman's team of high-priced lawyers, I'm betting he will appeal.

If so, they will not have learned that every hurdle thrown in Jen Mangrum's path just makes her stronger.

Full disclosure: I am now a repeat contributor to her campaign.