Back in December we listed all the NC House primaries in both Democratic and Republican parties on March 3. That posting is reproduced below with the winners yesterday noted in red. 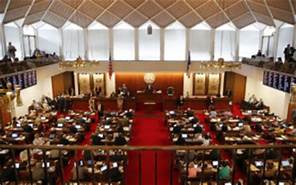 *Dist. 19, Brunswick and New Hanover -- Open seat created by redistricting, so primaries on both sides. Republicans David A. Perry and Charlie Miller; Democrats Marcia Morgan (who also ran in 2018) and James Dawkins. Rated "Lean Republican." Morgan won on the Democratic side, Miller on the Republican. We profiled Morgan here.

*Dist. 56, Orange -- Incumbent Democrat Verla Insko (1st elected in 1996) must get by Joe Parrish and then there's no Republican opponent for November. Insko won.

*Dist. 83, Cabarrus and Rowan -- Bless his heart, incumbent Republican Larry Pitts (serving since 2011, when he was appointed to the Dist. 82 seat. After redistricting, was elected in Dist. 83). Pitts might pulverize fellow Republican Jay White before having a return match with Democrat Gail Young in Nov. She ran also in 2018. "Lean Republican." Pittman won.

*Dist. 117, Henderson -- Long-serving Republican incumbent Chuck McGrady is retiring. Fellow Republicans Tim Moffitt (previously served in the House 2010-2015) and Dennis Justice want the seat. So do Democrats Josh Remillard and Danae Aicher. "Likely Republican." Remillard won on the Democratic side, Moffitt on the Republican. We profiled both here.

*Dist. 119, Haywood, Jackson, and Swain -- Incumbent Democrat Joe Sam Queen (previously served in the House; reelected to the seat in 2018) must wait to see which Republican he'll face next November -- either Mike Clampitt (who previously also held the seat) and Ron Mau. Clampitt won.