The Elections of March: Generational/Gender Challenge in NCH43

Perhaps no other Democratic primary on March 3rd will more encapsulate the generational and gender challenge that new Democratic candidates are posing for the old political order in North Carolina.

Democratic incumbent Elmer Floyd is a 76-year-old member of the Silent Generation (born in 1943) who's held this NC House seat since 2008. Until this year's most recent redistricting, the district was considered safe Democratic. Floyd has often had no Republican opponent in the General Election and only rarely a Democratic opponent in a primary. Not any more.  In some circles Elmer Floyd is considered endangered -- perhaps the most endangered current Democratic incumbent in the House.

The new district gained some 20% in expected Republican vote-share, and is now rated "Competitive -- Lean Republican." The winner of the Republican primary (see below) may well go on to win in November. The new District 43 has less of Fayetteville, fewer black voters, plus the more Republican-friendly rural areas north of the city and east of the Cape Fear River.

Floyd, with seven terms in the House to his credit, has a vast advantage in the primary over his newcomer opponent. But after 14 years in the House, is Floyd considered an effective representative? Or "furniture" (though he was successful in getting House budget writers to add in money for enhancement to the Martin Luther King Jr. Park in Fayetteville). Or worse, is he considered disloyal to the Democratic caucus and to Democratic values? According to Paul Woolverton in the Fayetteville Observer, "Democrats criticize Floyd because he occasionally votes with Republicans on controversial matters. Floyd says he is voting the will of his constituents in District 43." Not forgiven: Floyd voted for the passage of HB2. To counteract an impression that he was opposed to expanding Medicaid coverage in North Carolina, Floyd came out very vocally for expansion back last July.

Floyd, educated at Fayetteville State University in law enforcement and at the Institute of Government in Chapel Hill, spent 28 years in the Human Relations Department for the city of Fayetteville, retiring as director (in 2016?). He brags on his website about his ability to steer pork into Cumberland County, which actually ain't nothing to ignore.

In the hyper-partisan climate we're in, Floyd's vote for HB2 alone could amount to his Achilles heel, especially if there's a dynamic and accomplished Democratic alternative in the primary against him, and a woman to boot. 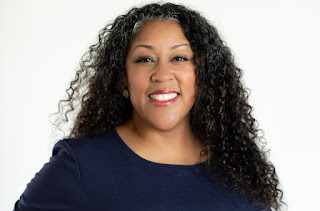 Democrat Kimberly Hardy is a 48-year-old Gen-X-er born in 1972. She trained as a social worker -- holds a doctorate in it from Morgan State University in Baltimore -- and is currently an assistant professor of social work at Fayetteville State University. One of her areas of special interest and research is "the intersection of social work and faith with a particular emphasis on African-Americans and the institution of the Black Church in both a historical and contemporary context." Her current research focuses on breast cancer and breast health awareness models in urban Black Churches. Hardy has written and presented extensively in the area of religion, spirituality, and social work and currently serves as the Board Secretary for the North American Association of Christians in Social Work (NACSW).

She's challenging incumbent Floyd as "A New Voice for Cumberland County," and according to her Facebook page, she's putting leather to pavement in canvassing neighborhoods in the district. Boots-on-the-ground can indicate energy and support from a cadre of activists, which is essential when trying to overcome the advantages of incumbency. 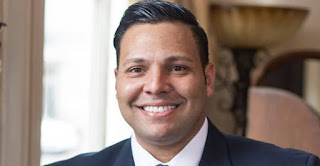 Republican Clarence Goins Jr. is a 40-year-old native of Cumberland County. He was actually a candidate in the notorious Republican primary of 2018 for the US House seat in the 9th Congressional District. Goins was barely a blip against dominant Republican candidates Mark Harris and Robert Pittenger, but having run so unspectacularly in that primary and showing up again in this primary suggests that Goins is a perennial candidate in the making.

Goins is rare in North Carolina politics -- a Republican of color. Not so rare, he's also a banker from Eastover, a manager with First Citizens. He got his education at Campbell University. He has virtually no campaign infrastructure and nowhere announces a platform for us readers of platforms.

When he was running in 2018 in the CD9 Republican primary, he filled out an iVoteValues questionnaire that will knock your socks off, though the iVoteValues panel deigned to rate him only "Somewhat Conservative" -- which is an everlasting hoot.

Republican Diane Wheatley is a 68-year-old Baby Boomer born in 1951. I would have assumed that as the woman in this primary, Wheatley would naturally be the front-runner, but her campaign -- such as it is -- looks more sodden than Goins's. She has virtually no web presence, only a Facebook page that mainly parades her religion and doesn't even mention that she's seeking public office. She says she's a former registered nurse at Ft. Bragg and formerly owned a small business, which deeper research revealed to be Wheatley Motor Co. in the little Cumberland County town of Linden.

But apparently Wheatley is well known in Cumberland County as a former (and long-time) Board of Education member and member of the Cumberland County Commission (including serving as chair). The Fayetteville Observer is hidden behind a paywall (and I'm paying waaay too many digital subscriptions now to add another), so I haven't been able to nail everything down. Wheatley certainly isn't cooperating with a website or any other public listing of her biography. Ballotpedia says she ran in 2012 in the Republican primary for NCH45 and got 42% of the vote against the Republican incumbent. Eight years later, she's trying again for a House seat in a new district.

And Wheatley apparently intends to coast into office on her reputation. Maybe she will.