What Is Trump Without His Rallies?


An airless balloon. A cheerless buffoon. Michael Kruse, in Politico: 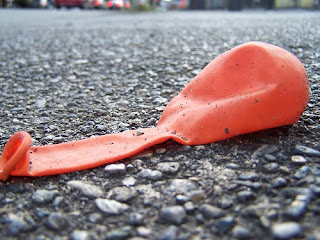 But as America shuts down, as Broadway goes dark and Disney World goes dormant and March Madness goes poof, Trump at the moment has been stripped of arguably his most potent political strength. Entering a new, utterly altered reality, mere weeks after he traveled to India to revel in the adoration of a crowd of 110,000, Trump sat in the White House at a desk called Resolute and appeared out of his element and underprepared—while Joe Biden, his presumptive opponent in the general election, stood the next afternoon in front of a bank of American flags in a hotel in Delaware and spoke to mostly just clicking cameras and seemed not frail or poorly supported but serious and up to the task. Biden’s (small) crowds and Trump’s (large) crowds hardly matter because now there are no crowds at all.

Posted by J.W. Williamson at 3/15/2020 10:27:00 AM
Email ThisBlogThis!Share to TwitterShare to FacebookShare to Pinterest
Labels: Donald Trump

A big thank you to the Purse for not taking oversea travel precautions in advance.

I believe Samaritan's Purse has been on top of this. Personally I think Roy Cooper just sealed his fate in November elections. The closing schools executive order was certainly over the top, creating more panic.

What? You would prefer our children getting and transmitting the virus from crowded elementary schools into homes where old people live? That's really very responsible of you. Do you even pay attention to your man in the White House. Even he has started taking this thing seriously. Thank God Roy Cooper took it seriously days, weeks ago.

Well he did it again, with restaurant and bar closures, hard working people without jobs. Bottom line, he has caused a panic. He has carried to far.

Apparently, you don't even realize that everything Governor Cooper has done is what Trump's own Coronavirus Response Team has recommended, including the closing of restaurants and bars, not to mention schools. You need to catch up with your own team's plans.