The Most Interesting Congressional Race in North Carolina


Following Tuesday's primary in North Carolina, two Democratic women in CD 2 and 6 look poised to take seats in the US House that have been held by Republicans. Deborah Ross in CD2 absolutely buried her Democratic primary contenders, taking right at 70% of the total vote against three rivals. In CD6, Democrat Kathy Manning took over 48% of the vote against four rivals, beating her nearest competitor,  Rhonda Foxx, by 33,361 votes. The Cook Partisan Index rates both districts as "Likely Democratic" for 2020.

But I'm looking also to CD11 for my 2020 excitement, even though Cook still considers it "Solid Republican" even with all of Asheville restored to the district after being previously gerrymandered out. I'm looking that way because of the Democrat who won Tuesday's primary against four rival candidates, Moe Davis, who doubled the votes of his nearest second-place contender. 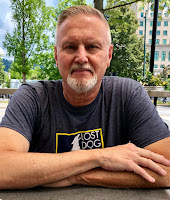 He's a "risk" candidate at a time when too many Democrats want "safe." He endorses universal health care ("whether it is called Medicare For All or any other name"), access to abortion, legalizing marijuana, and confronting income equality. His website is no-nonsense and straight to the kisser, sort of like his military career. He says this:

He was born and grew up in Shelby, NC, studied criminal justice at AppState, graduated in 1980 and earned his Juris Doctor from NC Central in 1983. He immediately joined the Air Force as a JAG officer where he served with distinction.

(Full disclosure. I contributed a little to Davis during the primary and will likely do so again.)


The Republican Moe Davis Will Be Running Against

There will be a hot run-off on May 12th between front-running (and Mark Meadows endorsed) Lynda Bennett and the very young Madison Cawthorn (born in 1995). There were a dozen Republicans running in the primary (listed and described here), and most of them are mightily pissed off at how Meadows kept his decision not to run for reelection a secret until the day before the filing period ended and then advantaged his wife's best friend Lynda Bennett for the seat.

On Tuesday, Bennett took 22.72% of the vote to Cawthorn's 20.40%, and Cawthorn has already called for the run-off, drawing endorsements from several other trailing candidates. Cawthorn was quoted in the press:


There’s no doubt in my mind the people of Western North Carolina are sick and tired of watching the politicians [Mark Meadows] trying to force their will upon us and every single vote that was cast against Lynda Bennett was a vote against what Mark Meadows has done. Republicans in the race were furious that Meadows endorsed Bennett, a close friend of him and his wife, after telling other candidates he would not endorse anyone in the primary.

The odds are rarely on the side of second-place finishers in run-offs, but in this case the odds are hard to figure because of anger in the district at Meadows' trying to manipulate the outcome.