The Elections of March: Democratic Primary in NCH33


Reading The Indy Week's endorsements in Wake County races for the NC Senate and House has caused me to take a closer look at the Democratic primary race in the NCH33 between incumbent Democrat Rosa Gill and her insurgent challenger Antoine Marshall. The Indy endorsed Marshall, and I can see why. 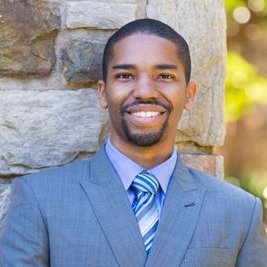 Democrat Antoine Marshall is a 33-year-old Millennial and a lawyer trained at Wake Forest. He's clearly a rising star in the Wake County Democratic Party (serving on the Progressive Caucus, among many other party offices and activist roles). As an undergraduate student at Claflin University, an HBCU in Orangeburg, S.C., Marshall worked in the congressional office of then-Majority Whip Congressman James Clyburn. He returned to Washington as a Kaiser Family Foundation Health Policy Fellow in the office of Congresswoman Donna Christensen, and also interned with the Congressional Black Caucus of the South Carolina State Legislature.

Marshall began his career as an attorney with Legal Aid of North Carolina, working with low income families in the areas of landlord/tenant law, government benefits, and mortgage foreclosures. This background has made Marshall especially focused on "access to legal justice," especially in this age of Trump when there seems to be different justice depending on wealth and influence:


...roughly 3 out of 4 low income households will have at least one civil legal problem in the upcoming year. These include problems with health care, housing conditions, disability access, veterans benefits, and domestic violence, the seriousness of which could be the difference between someone receiving medical assistance, being homeless, or in some cases protection from bodily harm or death. For many of those families North Carolina legal aid programs such as Legal Aid of North Carolina, Pigsah Legal Services and the Legal Services of Southern Piedmont provided lawyers at no charge to work on behalf of low income individuals, but these programs have been woefully underfunded. ["Antoine Marshall on the Issues"]

Noted: Marshall also challenged Rosa Gill for this seat in the Democratic primary of 2018, and only got 24.7% of the vote. It's still an uphill climb, but perhaps Marshall has organized better this year and has built a following to take on an intrenched incumbent. 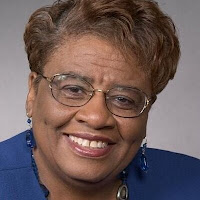 Democratic incumbent Rosa Gill is 75 years old and is in her sixth term in the NC House. She was appointed to the District 33 seat in 2009 by Governor Bev Perdue when Rep. Dan Blue got moved up by appointment to the NC Senate. She earlier spent two decades as a public school math teacher and then a full decade as a government employee in the NC Division of Motor Vehicles.

She's been endorsed by Lillian's List and by the Raleigh-Wake Citizens Association. She failed to win another endorsement from The Indy Week because "in our questionnaire this year, she told us that trans people should not be eligible for gender dysphoria treatments under the State Health Plan, and—while we appreciate her advocacy for schools—we can do better. Antoine Marshall has less experience, but he’s also passionate—and not quite as behind the times."

"Behind the times" is a serious indictment for a Democratic incumbent in 2020, but Antoine Marshall still has an awfully heavy "lift" to make his insurgency happen.