The Moral Compass of Richard Burr 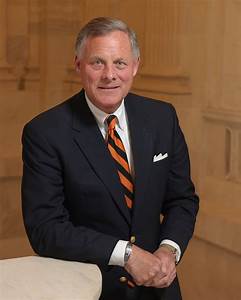 This morning National Public Radio played a secret recording of Senator Richard Burr made three weeks ago in which the senator warned a private gathering of well-heeled constituents -- major business-owners and others -- that the Coronavirus was probably as big a threat as the 1918 flu pandemic which killed millions. He was making these comments in private at the same time that Donald Trump was still claiming the virus was going to disappear quickly.

NPR makes plain that Burr was telling harsh truths to his peeps while concealing that truth from the general public.

Remember: this is the same outstanding public servant who sent his wife to draw out as much money as possible from the bank before the public found out just how bad the 2008 crash was going to be.

Posted by J.W. Williamson at 3/19/2020 09:05:00 AM
Email ThisBlogThis!Share to TwitterShare to FacebookShare to Pinterest
Labels: Richard Burr

This cretin has done it again, but this time not using his wife to sell his stock. And we don't get the opportunity to vote against him.

He is the lowest of the low.