A couple of days ago on Wonkette, Evan Hurst broke news about a new poll of over 1,000 people: "What do you fear more than death?"

One of the charts breaks the sample by generation: Baby Boomers, Gen X, Millennials, Gen Z 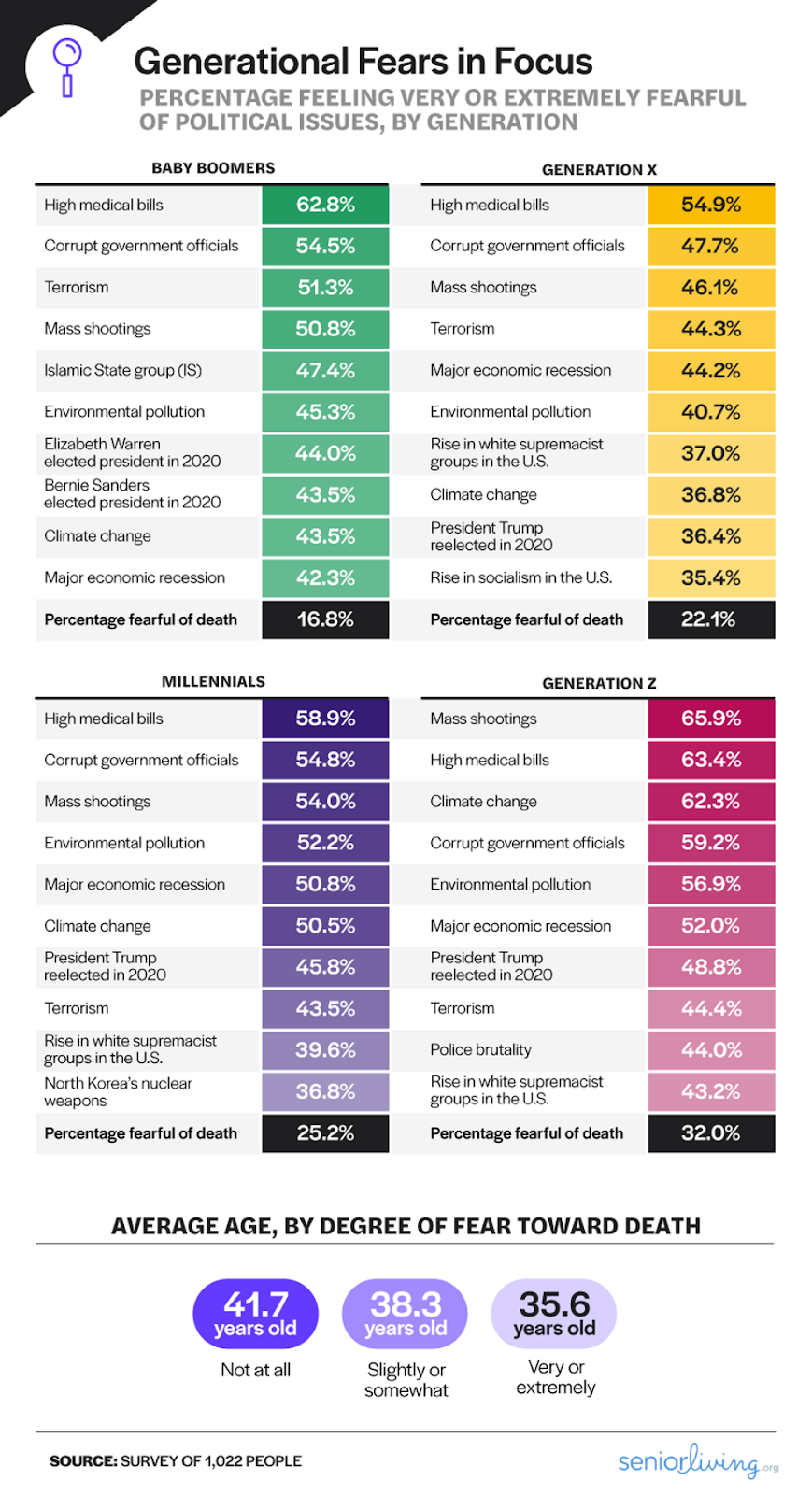 But look at Baby Boomers. Trump ain't there but Bernie Sanders and Elizabeth Warren are -- things that Boomers would rather die than face.

Evan Hurst linked the results in this poll to Rachel Bitecofer's theory of "negative partisanship": "the idea that people are much more motivated to vote against those they oppose, and that the team that's most pissed off and ready to go wins the election" (as paraphrased by Hurst). (I first wrote about Bitecofer in November 2019. Been following her ever since. "Rachel Bitecofer Makes Me Nervous" digs into her "negative partisanship" theory.)

The way negative partisanship drove turnout in 2018 is part of the reason Bitecofer rejects the great "swing voter" theory. Negative partisanship brings out new voters, it doesn't "swing" Republicans, at least not in the numbers required to turn governments over. In Bitecofer's opinion, the supposed swinging of suburban Republican women in 2018 that changed Congress is largely a mirage of wishful thinking. Swingers in 2018 were actually de minimis compared to the surge of new voters or occasional voters who were pissed off enough to update their voter registrations.

Boomers vote. Gen X and Millennials, less so. Gen Z -- we don't know yet, don't have the full picture of whether they'll get involved, but so far, from what I've seen near a major North Carolina university, the youngest voters in 2020 are showing increased concern for the direction of their government. They're paying attention and have been. If they vote in November, and simultaneously negative partisanship brings out more Millennials and Gen Xers than usual, there could be generational and ideological change in this country like we ain't seen in decades.