The Elections of March: The Battle for the NCH19 Open Seat


When North Carolina House District 19 (southern New Hanover County, with the suburbs of Wilmington and the beach towns of Carolina Beach and Kure and Fort Fisher and a large swath of rural Brunswick County south of the Cape Fear River, including South Port and Bolivia) was redrawn in the most recent court-ordered redistricting, the incumbent Republican House member Ted Davis got drawn out of his own district. He's now running in District 20, which Rep. Holly Grange has given up to run for governor in the Republican March primary.

So two Republicans have filed for the open District 19 seat, along with two Democrats, one of them well known to us because of her unsuccessful but close race for the seat in 2018. 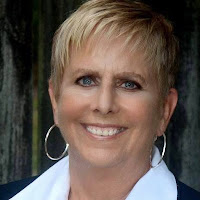 Democrat Marcia Morgan
Morgan is a 74-year-old Baby Boomer born in 1946. She was an educator, became a career Army officer who retired as a colonel. She taught ROTC and did two tours at the Pentagon including a staff position with the Army Chief of Staff. She says, "I have thoroughly enjoyed retirement and the freedom to do as I please, but the current political environment has challenged me to step forward once again. I do not have a background in politics, but I DO have a strong sense of service to this community and a demonstrated ability to accomplish difficult tasks. I believe we have a commitment to improve our economy, provide equal opportunities for all and protect our environment – and one of the fundamental ways to accomplish those things is through quality education." She details her career, which took her all over the world for the Army, on her website.

Morgan has been endorsed by Lillian's List. She came within 883 votes of beating Ted Davis in 2018 in the old District 19, and she might be considered the automatic frontrunner in this primary, but she's now got large Brunswick County real estate added to her district, and they don't know her yet. Reviewing her campaign infrastructure, I have the impression that she's coasting a little on her 2018 campaign, and I'd like to see new and more evidence that she's going strong for this primary. 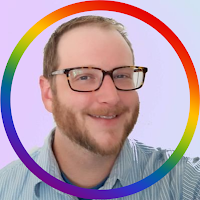 Democrat James Dawkins
Dawkins is a 35-year-old Millennial born in 1985 and a novice politician, but he has the full-fledged presence on the Web to suggest he's really making the effort. He's a musician who lives in Southport. He's doing local radio interviews, he's very active on Twitter and Facebook, and he's challenged Marcia Morgan to a debate. That's one sure way to attract attention when you're relatively unknown. He also got an almost fawning write-up in DemCast, which to be fair was profiling him when he was the only announced Democratic candidate in the old District 17. But at the moment he's much more active on social media than Marcia Morgan.

He offers a full panoply of progressive policy positions, including the legalization of recreational marijuana. 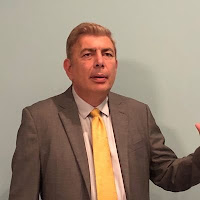 Republican David A. Perry
Perry is 54 years old and ran for the District 19 House seat in 2018 as a Libertarian and got 3.8% of the vote. He's big on guns. He arrived in Carolina in 2012 to live in Carolina Beach and work at Corning's Wilmington plant as a software engineer. He had been a Reagan Republican until 9/11 when the neo-con Republican policies of bigger government and international meddling made him a Ron Paul Libertarian. He has since repented:


I soon realized that while there was large contingent of like-minded folks within the Libertarian Party, there was also a large contingent of anarchists and extremists. A contingent who would never agree to anything that fell short of their ideology of eradicating or virtually eliminating government all together. I have always felt that while principles are extremely important, we need to be “realistic” about where we are, while at the same time being “optimistic” about where we are going.

Curiously, he doesn't embrace Donald Trump or even mention his name on his website. 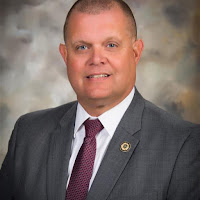 Republican Charlie Miller
Miller is 53 years old and lives in Southport, where he was born and raised. He was Chief Deputy in the Brunswick County Sheriff’s Office, first beginning in 1987 under Sheriff John Carr Davis. He worked his way through the ranks of the Office and resigned in 2001 to work with Progress Energy as a Nuclear Security Specialist. He returned to the Sheriff’s Office in May 2008 as Chief Deputy when Sheriff Ingram took Office.

He was subsequently elected to the Brunswick County Board of Education in 2006 and re-elected in 2010 and again in 2018 to four-year terms. He has a Facebook page but no other web presence that I've found.