The Elections of March: Democratic Primary in NCS48


Until March, we'll be focusing our attention on coming primaries that might signal strong Democratic contenders who could conceivably flip Republican districts next November. NC Senate District 48 includes eastern Buncombe County (but not Asheville) and all of Henderson and Transylvania counties -- discouraging ground for a Democratic insurgent. This was the district occupied for many terms by Republican iron first Tom Apodaca before he retired in 2016.

In March, former Democratic House member and former chair of the NC Democratic Party Patsy Keever announced that she would be running for the District 48 Senate seat in 2020. Keever's well known in western NC and might have been the instant frontrunner for the nomination, but she was actually late to announce her candidacy. Democrat Brian Caskey was already in the race. He had announced his intention to run all the way back in February. Then another court-ordered redistricting dealt Keever a fatal blow. The most recent remapping of NC House and Senate districts drew Keever out of the 48th, leaving the field to Caskey. But he's now been joined by two other Democratic hopefuls who are competing with him for the nomination. 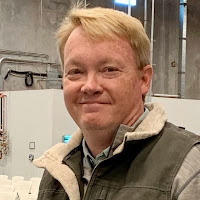 Caskey is a 48-year-old Gen-X-er (born in 1971) and a town council member (the first Democrat ever!) for the little town of Mills River in Henderson County. He and his wife Stacey own Biltmore Tutoring which employs professionals to "help many students improve grades, achieve higher SAT and ACT scores, and earn admissions (and scholarships) to prestigious colleges throughout the world." As a Mills River councilman, Caskey has been particularly active with environmental enhancements, supporting the establishment of walking trails and greenways and the restoration of streams. He has also served on the Henderson County Transportation Advisory Committee, the French Broad River Metropolitan Planning Organization, and the Carolina Veterans Coalition. 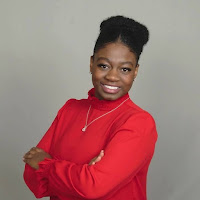 Najah Underwood is a 23-year-old millennial idealist ("The Voice for the Voiceless") born in 1996. She has an under-developed website (which includes no information about her background, her education, her working life) and a Facebook page. She thinks inspirationally about "uplifting" her community but seems pretty unprepared for a political campaign. 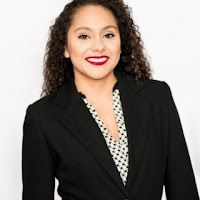 Figueroa is a 25-year-old millennial born in 1994. She is the daughter of Mexican immigrants, a 2018 graduate of UNC-Asheville, and she says she is currently working three different jobs -- as a legal aid to an immigration attorney, as a registered behavior technician who works with children with learning disabilities, and in retail. She's also driven by idealism and a fierce determination to be heard: "Cristal, like so many of us, has been told that she doesn’t deserve a seat at the table. Well, she’s decided to build her own. Pull up a chair and join her."

Edwards was appointed to the Senate seat in 2016 upon Tom Apodaca's retirement and subsequently ran that same year in his first successful election. He was easily reelected in 2018. He's a 59-year-old boomer (born in 1960). He owns a string of McDonald's franchises and is otherwise a standard-issue western North Carolina conservative Republican.