Off and Running for 2020: Patsy Keever Announces Bid for NC Senate 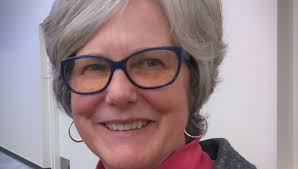 Patsy Keever, a former chair of the NC Democratic Party, has announced she's running for the NC Senate District 48, which includes all of Henderson and Transylvania counties and part of southern Buncombe County -- a district rated "strong Republican" which is currently represented in Raleigh by a hamburger hustler (incumbent Republican Chuck Edwards owns a string of McDonald's).

Keever spent 25 years as a public school teacher. In fact, she was still a full-time teacher when she first ran for (and won) a seat on the Buncombe County Commission in 1992. She served a total of 12 years, winning reelection twice. In 2004, Keever jumped into a Congressional race against incumbent 11th District Congressman Charles H. Taylor and got some 45% of the vote.

In 2010 Keever ran a successful primary against an incumbent Democrat in the NC House District 115, and when that incumbent resigned after the primary, Keever was appointed to complete his term and then won her own two-year term in the NC House that fall.

In 2012 she again attempted a run for the US Congress, this time in the 10th Congressional District against incumbent Republican Patrick McHenry.

In other words, she's a veteran of political campaigns and knows what both success and failure looks like. A warrior who no doubt understands the odds in a "strong Republican" district and knows full-well what it'll take to win. 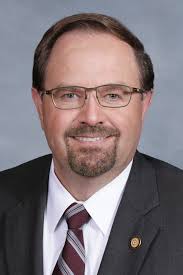 Incumbent Republican Chuck Edwards appears to be a species of Senate furniture. He was appointed to the Senate by Pat McCrory in 2016 when Tom Apodaca retired before the end of his term. Edwards went on to win election to the seat that fall.

Edwards doesn't stray from NC Republican orthodoxy. He's dead-set against expanding Medicaid to poor people, and he thinks that the quality of public education has very little to do with the state's money investment in it. He brags on his website about what a "po boy" he was growing up, but that rings as hollow as Virginia Foxx's heart, given the policies Edwards is now voting for in the NC General Assembly. Edwards sponsored a controversial 2017 bill to change at-large Asheville city council elections to a district system, a power-grab which 75 percent of city referendum voters opposed (though very few of the voters in Senate District 48 are Asheville residents).