Not a fan of Democratic primaries when there are multiple strong/talented/divinely inspired candidates struggling to out-do one another. It can be a waste of energy, money, resources, but I'll also admit it can also be a chance for an unknown to get known in a valuable way, especially if the unknown candidate is running against an entrenched incumbent. Alexandria Ocasio-Cortez, anyone?

Then there's a Democratic primary like the one in the NC 11th, where three (so far) Democrats are vying for the privilege of getting the snot beat out of them by Republican incumbent Rep. Mark Meadows. Meadows has made himself into a national figure, which means he can raise money merely by farting on Fox News. Never mind that he's earned a reputation as a dumb-as-a-box-of-hammers ass-kisser --  it don't matter (it's a law that a grammarian can be ungrammatical when it pleases him!). Meadows has his tribe. They'll voodoo him to the fourth dimension no matter what.

'Course, the recent court-ordered redistricting of the 11th substantially diluted the congressman's tribe. He now has all of Buncombe and all of liberal Asheville back in his district. I'm waiting for poly sci prof Mitchael Bitzer to do his demographic analysis of the new 11th, to know exactly how formidable Meadows (still) looks on paper, but I suspect he's still got the numbers on his side (if for no other reason because he now has Republican-saturated Avery County in his district).

What defines us Democratic activists is eternal hope. Hope springs. Hope springs eternal. There is evidently great hope bubbling in the hearts of these three Democrats who've already filed for the March 3rd primary in the 11th CD, and depending on who wins the primary, Meadows might have a harder-than-usual fight on his hands.

Steve Woodsmall
Woodsmall, a retired Air Force major (a veteran, like so many other new Democratic candidates in the Age of Trump), has been a candidate for this office since 2017. He ran in the 2018 Democratic primary for the same seat -- also in a 3-person field -- and came in second to Phillip Price -- losing the primary by just over 3,000 votes (out of 33,257 total votes cast). The third candidate, Scott Donaldson, trailed distantly. Winner Phillip Price went on to lose to Mark Meadows by 61.5 thousand votes. Ouch.

So Woodsmall is back for another shot, and he's been running an energetic campaign since last February. I follow him on Facebook and Twitter. He's an unabashed progressive, and he's getting out there among allied groups and has teamed up with other district candidates for NC House and Senate  -- not to mention the US Senate -- for joint events in Asheville and elsewhere. That's good practice, building wide and deep ballot support for the Democratic side (and, I hope, recruiting boots-on-the-ground volunteers) ... except some of those other candidates have primaries of their own and may well lose, and do you see the problem with that? 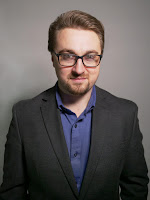 Michael O'Shea
A recent college graduate (WCU, BA in philosophy), O'Shea touts himself as a "millennial progressive." He also touts his Appalachian bona fides; his pre-Revolutionary ancestors have been in the Western North Carolina mountains for many generations. He's also a P.K. (preacher's kid). His father was pastor for decades of the Unity of the Blue Ridge non-denominational church in Mills River. The pastor's son did not follow his father into the ministry. From the candidate's website:


Michael has spent the last decade primarily in the music industry. After college he auditioned for a 7-piece afrobeat/funk band and toured with them playing drums, his primary instrument. He is also a vocalist and a multi-instrumentalist who has released over 75 songs of solo electronic rock material where he plays and produces every sound. Most recently he has been touring as the drummer for a female-fronted electronic rock duo in Asheville.

His first time to vote was in the presidential year of 2008. He voted in the 2016 presidential primary but not in the general (which probably means something, but I'm not gonna guess). He did vote in the 2016 General Election. But he appears to be new to political activism as he's not appeared on the radar screen of Henderson County Democrats up until now.

Not quite ready for primetime? That's the generous opinion of retired USAF Major Richard J. Mueller (and to be fair, Mueller characterized O'Shea in an endorsement email for his friend Steve Woodsmall, so ... go figure):


In my opinion [Michael O'Shea] is very well intentioned, and represents the feelings so many of us have about current politics, but his time is not now. The times in which we live demand seasoned professionals. With more experience, his future is bright, and his day will surely come.

Morris "Moe" Davis
An ex-military man (also USAF, like Woodsmall), but with higher rank (he retired as a colonel), has also a higher pre-candidacy national profile, because Davis served two years as Chief Prosecutor of the Military Commissions at Guantanamo Bay and resigned in protest because his superiors in the Air Force Judiciary and the General Counsel of the Department of Defense overruled his decision to disallow evidence obtained via CIA torture. In resigning his position, Davis declared that he wasn't going to take orders from people who think "waterboarding is A-Okay." 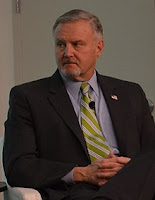 He's a hard-nose. Read his Wikipedia entry. He's got a clear pattern of courting controversy, or at least not skirting around it when it blocks his path of moral certitude (he said the Supreme Court was "meddling" when it chose to review the Military Commissions Act). He's not afraid to defy authority when he thinks he's right, and you've got to admire his fortitude. He's been on all the broadcast and cable news programs as a recognized expert in national security, especially security from terrorists who he thinks should be prosecuted the fair way and not via the CIA torture wheel, but he's also defended Guantanamo as a "humane" detention center.

He's almost running to the left of Steve Woodsmall. He endorses universal health care ("whether it is called Medicare For All or any other name"), access to abortion, legalizing marijuana, and income equality. His website is no-nonsense and straight to the kisser, sort of like his military career.