The Elections of March: Democratic Primary in NCS18


District 18 of the North Carolina Senate, which covers parts of Wake and Franklin counties, ought to be a fairly easy net pickup for Democrats next November, though Michael Bitzer still calculates it as "competitive." The incumbent Republican, Sen. John Alexander, got redistricted in an unhelpful way. Dist. 18 is now majority Democratic. So Alexander opted to retire. The primary on March 3rd -- actually, on both sides -- could be determinative. 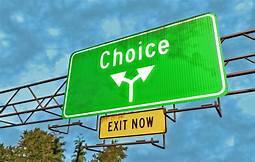 Because this is the perfect NC Senate pickup opportunity for Democrats next year, there's been an avid game of thrones among potential and even declared candidates, including Mack Paul, who ran in 2018 and came very close and could have won next year, but who stepped aside in favor of Wake School Board member Christine Kushner, who lo and behold got drawn out of the district before she could run in it.

Then came Sarah Crawford. I wrote about her back on October 2 and was pretty hard on her campaign -- the message and how it was being delivered. She's now been endorsed by Lillian's List and by a group calling itself Now Or Never North Carolina: "We are committed North Carolinians who know our state to be a place of reason and moderation." In keeping with that vision, Crawford is running a safe campaign (with extra vanilla), a dialed back, almost somnolent campaign that eschews progressive hot-buttons. She must be pro-choice -- Lillian's List ain't somnolent -- but she nowhere admits that on her campaign page.

So Angela Bridgman presents a decided contrast. If Crawford is establishment, Bridgman is non-establishment and decidedly insurgent in the ways of progressivism in this Age of Trump. Bridgman is out there. She's very publicly transgender. The News and Observer recently profiled her and a transgender man also running for the state senate, and Bridgman is using the publicity to raise money. She was vocal back in the day about HB2 and is of course still strong on LGBTQ rights. She's been a precinct chair for the Wake Dems but has never run for office before. She has a "home business" (?).

Scott McKaig is a trained lawyer (Campbell University Law School) and is general counsel and CFO for the Lincoln Network, a 501(c)3 nonprofit specializing in messaging, "analytics," and web design -- which doesn't really reveal much. Wikipedia does better: Lincoln Network is a member org of the Koch-funded State Policy Network (SPN) -- "a web of right-wing 'think tanks' and tax-exempt organizations in 50 states, Washington, D.C., Canada, and the United Kingdom. As of October 2019, SPN's membership totals 162. Today's SPN is the tip of the spear of far-right, nationally funded policy agenda in the states that undergirds extremists in the Republican Party."

McKaig has a Facebook page . He mocks "social justice warriors" and makes bold to list his favorite Xmas movies: "1. Die Hard 2. Christmas Vacation 3. Charlie Brown Christmas 4. Rocky IV 5. Love Actually (I know, I know)." What does he know? He's embarrassed to like Love Actually? If he has a website, I can't find it, nor a Twitter feed.

Fellow Republican Larry Norman (as Scott McKaig points out) waited until the last minute to file, which doesn't sometimes betoken greater preparation ... because the Larry Norman for Senate campaign is plenty invisible on the World Wide Web. I can't find out anything about him. No website. No FB. No Twitter.

Gosh, it's almost like the Republicans aren't even trying for this seat.

Whoever wins the primaries above will also face Libertarian Jason Loeback next November.  Loeback is also a blank page.