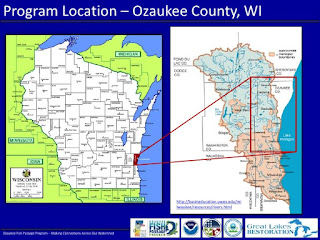 This is happening right now in Wisconsin: Judge Paul V. Malloy of the Ozaukee County Circuit Court has thrown the state into chaos by issuing an order that the Wisconsin Elections Commission forthwith and immediately remove some 215,239 registered voters state-wide from the voting rolls, individuals located disproportionately in large Democratic cities and in counties with major universities.

215,239 sinners who will be cast out of the Kingdom of Heaven. Their sin? They were flagged by a national database as having possibly moved their residence. Tsk tsk. They should re-register at the new address. More, a rightwing group decided to exercise their imaginations in pressing for the harshest penalties of the law for failing to update residence. And thereby hangs the lawsuit which led to Judge Malloy's ruling (see more below).

So the Wisconsin Elections Commission, being good stewards of citizen rights, mailed -- snail-mailed, mind you -- in October 234,039 letters to addressees that had been picked out by the national Electronic Registration Information Center (ERIC), a multistate partnership that shares voter registration information, as possibly having moved their residences since the last election. (Some 29 states plus DeeCee belong to the ERIC network and share data. North Carolina does not belong.)

It's one of ERIC's specialities -- identifying people who may have moved -- whether just upstairs to a bigger apartment or to a different state. Place of residence is the great and universal touchstone for ballot access, and people who move need to re-register.  That's reasonable, especially if enforcement is based on something more reliable than the accuracy of snail-mail. (And you might notice the disparity in numbers above -- 215,239 targeted for removal out of 234,039 letters sent out. That's because some 18,800 voters did return confirmation of their residence. The numbers were likely rounded up by Mark Joseph Stern, but thank gawd for his detailed reporting!)

Those Elections Commission letters were based on addresses of record, which were in turn based on hand-written voter information (often illegibly scrawled) on voter registration forms, which is in turn entered into a massive database by human technicians who are, yes, only human. Small errors can lead to big consequences. 234,039 letters went out into The Great Silence, bearing possible penalties for silence.

The Elections Commission planned -- until they got sued by a conservative group -- to spend the next 12 to 24 months "working with local officials to assess individuals who do not respond to the notice. If officials make an 'individualized determination' that there is 'sufficient reliable information' that a voter has moved, their registration will be 'deactivated' ” (Stern). In other words, the commission was going to investigate each case before removing anyone, and in any event, no action would come until after the 2020 primary election (at least). 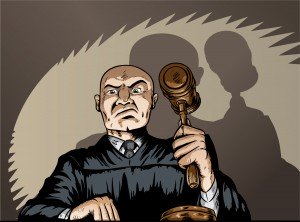 The Lawsuit That Judge Malloy Exploited

That was the Wisconsin Elections Commission plan before the Bradley Foundation, which reportedly "bankrolls reactionary causes," saw an opening and filed a lawsuit in deep red Ozaukee County before a Republican judge. Its lawsuit was based on a complaint filed by another reactionary group, the Wisconsin Institute for Law and Liberty. The institute cited a state law which says: “Upon receipt of reliable information” that a voter has moved, the commission (or municipal clerk) must send them a letter saying, in short, “We think you have a new address.” If the voter does not respond “within 30 days of the date the notice is mailed,” they must be deactivated.

That language depends entirely on the words reliable information. The Wisconsin Institute for Law and Liberty claimed that the ERIC "Movers Report" constitutes reliable information -- no need for Wisconsin Elections Commission investigation -- and Judge Malloy bought that argument. Along with the argument that the commission shirked its duties by not removing those 200,000+ people on the 30-day mark from their October letter. Thirty days, long expired. The judge was delighted to say his hands were tied. Jigs up for voters who don't answer their mail.

The Elections Commission is fighting back, claiming irreparable harm and the potential for 2020 chaos as would-be voters find out at the last minute that they're no longer registered. Plus the suit is based on the capricious and arbitrary claim that ERIC's data-mining constitutes "reliable information" under Wisconsin statute. The Elections Commission argues that its own mandated responsibility to maintain voter rolls can't be outsourced to non-state agencies.

The commission will appeal, but everyone is pointing out that it'll eventually land with the Wisconsin Supreme Court, which is 5-2 majority conservative. The conservative argument against "irreparable harm": Wisconsin allows election-day registration. The only problem: same-day registration also requires proof of residence, and most voters don't carry around electric bills in their pockets.