Earthquake in the NC-11 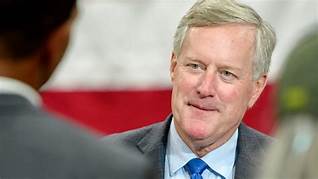 Woke this morning to news that Rep. Mark Meadows of the NC 11th Congressional district is stepping down and won't run for reelection. Why he would wait until one day before the close of filing -- deadline in North Carolina is tomorrow at noon -- is unclear, but isn't it entertaining to imagine the Republican machine in the 11th in full panic mode this morning? They probably knew, right? Surely Meadows shared his plans so the party could come up with a strong contender. But I'm giddy, thinking of the possibilities.

One answer is here: "Meadows told Politico that it’s possible he could leave the House before his term ends in January 2021." There's the plan. They'll appoint the winner of the now certain 2020 Republican primary to the seat, and ... advantage goes to the incumbent. We will be watching which candidates get filed by noon tomorrow, including, we bet, a bunch of conservative wildcats (Hendersonville, we're looking at you) who aren't in on the Meadows Plan (whatever that is). I bet there's a death-scramble to the state Board of Elections --- by guys who aren't on Mark Meadows' short list -- that might keep me off the highway. No telling who'll file.

The other side of certainty -- prospects for the eventual Democratic primary winner tics upward with Meadows gone. (More on the latest Democrat to file in the 11th, see below.)

To explain his going at this time, consider this assessment of Meadows: "...he does not enjoy being in the House minority and spends much of his time at the White House huddling with Trump." He's become the Trump Whisperer, which just happens to coincide with his search for a lucrative bump-up in salary. Possibly he's bored that he can't jerk kinks like he used to:

Meadows plotted a rapid rise to power and influence in Republican Washington, one propelled by his early willingness to challenge the GOP establishment. He almost instantly leaped from anonymous backbencher to oft-quoted conservative insurgent in 2015.

Just before the House left for its summer recess — and on his own birthday — Meadows filed a motion to remove then-Speaker John A. Boehner (R-Ohio) from his perch, seizing on years of growing dismay on the hard right. Within two months, Boehner would announce his resignation.

Meadows, as a co-founder and later chairman of the House Freedom Caucus, went on to play a pivotal role over the speakership of Rep. Paul D. Ryan (R-Wis.) — inserting himself and the Freedom Caucus into virtually every major legislative decision in the House. This made Meadows a power player rivaling only the speaker himself. [reporting by the team Wagner, Costa, and DeBonis]


UPDATE ON REPUBLICAN CONTENDERS:
Lynda Bennett is first out of the gate. Is she the Chosen One? The Asheville Tea Party supports her.

The New Democrat in the Race

[On December 12th, I did a quick and preliminary profile of Democrats who've already been running in the 11th: Steve Woodsmall, Michael O'Shea, and Moe Davis. Moe Davis, especially, might be catching fire. His speech at the pro-impeachment rally in Asheville on the 18th got wide social media attention.] 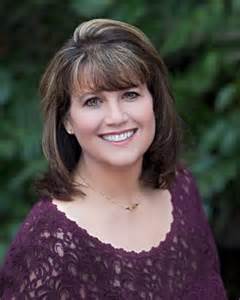 Now add Gina Collias, (announced yesterday), lawyer and real estate broker from Cleveland County (Shelby), same county that Speaker Tim Moore sprang from. But get this: until recently she was a registered Republican. She actually ran in the 2018 Republican primary against Patrick McHenry in the 10th CD, got less than 14% of the vote (to McHenry's 70% -- yikes). Maybe it was because she was defending the Affordable Care Act and other "moderate" positions to Republican primary voters who do not "heart" RINOs, primary voters who like a little carbolic on their morning cereal.

Collias ran as a moderate Republican, no kidding. She defines herself on her website:


Gina had been a Republican for much of her life. After the 2016 election, however, Gina became concerned over the tone, discourse, and direction of the country. In her effort to bridge differences and bring people together, Gina founded the national group “Rational Republicans” on Facebook [private group]. Gina envisioned the site as a place where Democrats, Republicans, and Independents could have civil discourse. It was a success, and the dialogue and conversation continue to this day.

Although Gina is moderate on issues such as fiscal policy, she realized that, as a woman who has always held positions that are socially progressive, her values and ideology more closely mirrored the Democratic Party.

Gina is a pro-choice, pro-civil rights, pro-education, and pro-environment advocate. She has spoken at the Woman’s March, advocated for sensible gun laws, appeared at union conferences and believes all Americans have the right to decent health care.

These are the positions that the Democratic Party has fought for and principles Gina has always held.

Gina Collias's home in Cleveland County was recently remapped out of the 10th CD and into the 5th (same thing happened to David Wilson Brown who has now filed against Virginia Foxx). Don't know when exactly Collias signed the paper to change her party affiliation, but it had to be within the last two months. Because on her website as of October 7th she was still running as a Republican against Patrick McHenry in the 10th.

Her over-long introductory video is wily (either in a clever way or an actionable way) in that Collias invokes Lillian's List, with historic photos of Lillian Exum Clement, the pioneering Democratic woman from Asheville who became the first woman elected to the NC House (at a time that women couldn't even vote). The assumption might sprout in an unwary mind that Lillian's List, the powerful statewide Democratic women's PAC, has endorsed Collias, which ain't the case. Lillian's List doesn't endorse in Federal races.