The Elections of March: Democratic Primary in NCS11


NC Senate District 11 includes part of Johnston County (immediately abutting Wake County on the east) and Nash County to the northeast of Wake. The most recent court-ordered redistricting cost the district some 2.60% of its Republicans, and both political scientist Michael Bitzer and FlipNC now rate the district as "Competitive" but "Republican Favored." If the Democrats are fated to take control of the NC Senate, they'll have to win a district like the 11th. Tall order, but doable ... with the right candidate.

Incumbent Republican Senator Rick Horner (first elected in 2016 and reelected in 2018) announced he was retiring, which set off a steeple chase in both parties to replace him. 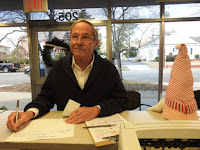 Allen Wellons, a 70-year-old baby-boomer born in 1949, is a Smithfield lawyer with Wilkins Wellons Coats. He's a 1971 graduate of UNC-Chapel Hill with a B.A. and a 1975 graduate of NC Central School of Law in 1975. He formerly served three terms in the NC Senate so long ago -- from 1996 to 2002 -- that few voters younger than the boomer class will remember him. He was decisively defeated for reelection to his 4th term in 2002 by Republican Fred Smith, and he's been out of public life ever since.

Perhaps he was recruited as a proven mover-and-shaker whose former service in the senate will impress voters. At the moment, he may be resting on that reputation ... because he has no campaign infrastructure that we can find -- no website, no Facebook presence, no Twitter account. Doesn't inspire confidence that he's ready to make the race. Resting on the past could be a fatal mistake (unless he's the Joe Biden of Johnston County and I'm just completely wrong). Waiting for voters to acknowledge your worthiness may have worked in the past, but sadly in many cases, the past has passed.

Wellons appeared to be taking a cautious approach to hot-button issues, telling the press that his number one concern was helping farmers and the ag industry (but he also said he was in favor of expanding Medicaid coverage). Other than that, he's pretty much a blank slate. 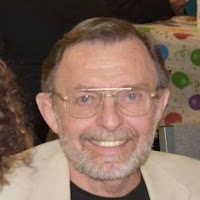 Albert R. Pacer, a 75-year-old boomer born in 1945, presents a decided contrast to Wellons, because he does have a campaign up and running -- a website, a Facebook page, and a Twitter account. That's partly because he's an old hand at running for the District 11 senate seat. He ran against Republican Rick Horner in 2016, losing by over 20,000 votes, and he ran again against Horner in 2018, losing by over 10,000 votes (so his trajectory is upward ... but still).

If Wellons strikes the pose of a conservative Democratic attorney, Pacer is an out liberal: "North Carolina has been known as a Progressive State, but that is no longer the case. Indeed it has become a leader of the forces that are driving us from the possibility of being a New South back to the conditions of the Old South which made it the most backward part of the nation. And it is taking the rest of the country along on that backward slide. As a native North Carolinian, that is maddening. It is absolutely crucial that Democrats wrest control of the NC General Assembly out of the hands of the Republicans and I am running to help make that possible."

Pacer has an undergraduate degree from UNC-Wilmington (American history and poly sci) and a master's from AppState (poly sci). He's clearly the Democratic activist in the race, but his two previous losses are an "ouchie." 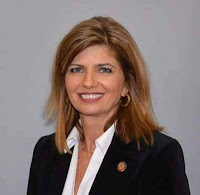 Lisa Stone Barnes is the clear frontrunner. She previously served a couple of terms as a Nash County commissioner and then moved up to the NC House (District 7) in the elections of 2018, defeating incumbent Democrat Bobbie Richardson in the rare blue-to-red flip that year. It didn't take her long to opt for further advancement when Rick Horner announced his retirement. She's clearly a rising star for the NCGOP.

She's also clearly somewhat out of step with other North Carolina Republicans because she nowhere plays the Trump card and she doesn't parade the label "conservative." She strikes a much more moderate tone and is clearly more interested in economic development for her rural district than she is in conservative social hot-buttons (she's pushed the expansion of broadband in rural areas). That does not mean, however, that she's ever shown any interest in bucking her Republican caucus in the NC General Assembly.

If she's insufficiently Trumpist, it might hurt her among Republican primary voters, though her primary opponents don't look like serious contenders.

Patrick Harris is a first-term Johnston County commissioner, only just elected in 2018. He told the Johnston County Report that God had encouraged him to seek higher office, just as He had led him onto the county commish. So there's that.